Father Denis E. Collins, SJ, former assistant professor of education at the University of San Francisco and resident of Sacred Heart Jesuit Center in Los Gatos, California, died May 2, 2022, in a San Jose hospital at the age of 83. He was a member of the Jesuit order for 65 years and a priest for 52 years.

Denis Eugene Collins was born in Oakland, November 8, 1938, the younger of two sons of Edward L. Collins and Marie (Bohnert) Collins. He graduated in 1956 from St. Ignatius College Prep, where he excelled in debate, dramatics and swimming. That same year, he entered the Jesuit novitiate at Los Gatos to begin studies for the Jesuit priesthood. After earning a master’s degree in philosophy from Gonzaga University, he returned to St. Ignatius as a teacher of Latin and religion (1963-1966). His theology studies were made at the Alma College campus of Santa Clara University, and he was ordained a priest in San Francisco on June 7, 1969.

Graduate studies in education were made at the University of Southern California, where he received his Ed.D. in 1973. His specialty was the philosophical foundations of education. His research centered on the thought of the influential Brazilian education theorist, Paolo Freire, whose work with the poor brought him international attention. Fr. Collins’ book Paolo Freire, His Life, Works and Thought (New York, 1977) brought Freire to an American audience and was later published in a revised bilingual edition.

Fr. Collins became director of education for the California Province, overseeing the academic programs of Jesuits in formation (1973-1981). He next served as secretary for personnel development for the national Jesuit Conference office in Washington, D.C. (1981-1986). Starting in 1987, he taught and mentored graduate students in the University of San Francisco’s School of Education until his retirement in 2005.

After retiring from the university, Fr. Collins served as associate pastor of Our Lady of Sorrows Church in Santa Barbara, California (2006-2012). In addition to his pastoral duties, he continued to teach. In the parish, he taught adult courses in theology and assisted in the archdiocesan deacon training program. He also taught from time to time at colleges in southern California and Mexico. He then moved to the diocesan pastoral center in Fresno, serving in local parishes in the Central Valley. Since 2016, he had resided at Sacred Heart Jesuit Center in Los Gatos, where he directed silent retreats.

Fr. Collins is survived by his sister-in-law, Patricia Collins and niece, Eileen Collins of Lebanon, Oregon,  and nephews, Brendan Collins of Lake Forest, Calif., and Brian Collins of Mission Viejo.

A Mass of Christian Burial will take place on Tuesday, May 17, 2022, at 11:15 a.m. at Sacred Heart Jesuit Center. Due to COVID restrictions, the funeral will be available livestreamed. For link, go to the province website, www.jesuitswest.org/in-memoriam. Inurnment will be at a later date at Santa Clara Mission Cemetery.

Donations in memory of Fr. Collins may be made to the Jesuits West Province of the Society of Jesus, P.O. Box 68, Los Gatos, CA 95031, or to a charity of your choosing. 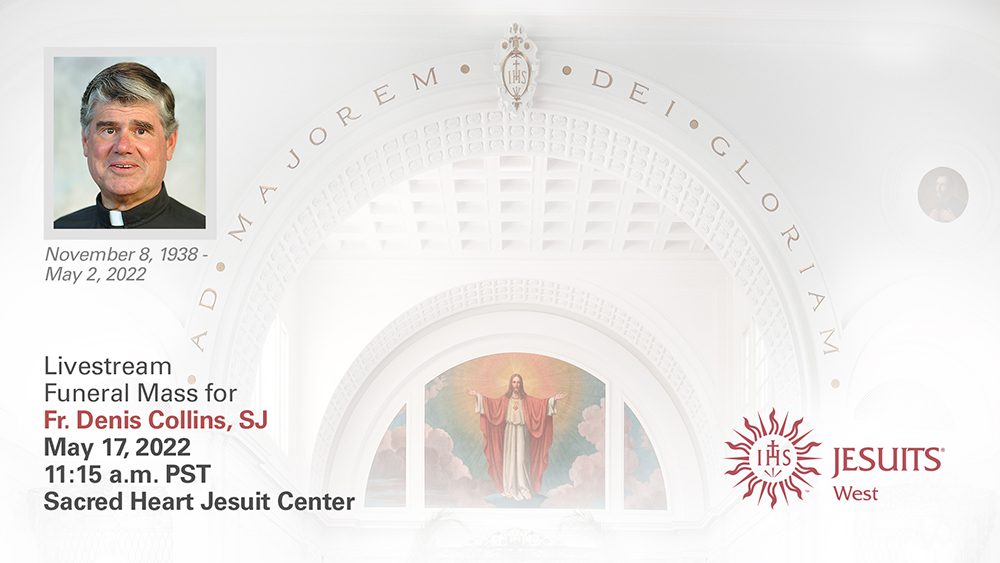 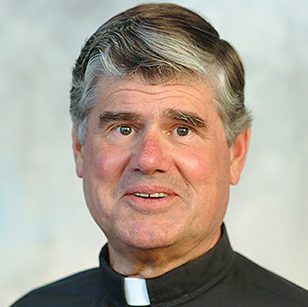