Fr. Egan was born in Spokane, Washington, April 5, 1931, the son of Howard Egan and Carol Grimes Egan. He attended Gonzaga Prep, where he was a prominent debater. After graduation, he entered the Jesuit novitiate at Sheridan, Oregon, in 1949. His studies took him back to Spokane for a bachelor’s degree in philosophy from Gonzaga University and to Toronto for a master’s degree in theology. In between, he taught Latin and chemistry at Marquette High School in Yakima, Washington (1956-59). He was ordained a priest in Spokane on June 16, 1962. He earned a Ph.D. in theology from Fordham University in 1973.

Following his years of training, Fr. Egan began a long association with Seattle University, starting in 1964. He returned to Seattle University after graduate studies, retiring from the classroom in 1993. He then took up the ministry of chaplaincy at the Bessie Burton Sullivan Skilled Nursing Residence (1995-2007); served as superior (1996-2002) and administrator (2002-06) of a Jesuit community in Seattle; and engaged in pastoral ministry with women religious and others. He retired to a ministry of prayer in 2014, first in Spokane, and since 2016, at Sacred Heart Jesuit Center, where he organized periods of prayer in the chapel.

He enjoyed the humorous give and take of a Jesuit recreation room. His bright smile and occasional chuckle encouraged others, and he was known to lob a Groucho-like zinger into a conversation—always funny, pointed and on target.

Mass of Christian Burial: Friday, March 25, 2022, 11:15 a.m., Sacred Heart Jesuit Center, Los Gatos. Inurnment at Mount St. Michael’s Cemetery, Spokane. Donations in memory of Fr. Egan may be made to the Jesuits West Province of the Society of Jesus, P.O. Box 68, Los Gatos, CA 95031, or to a charity of your choosing. Please click here to view livestream. 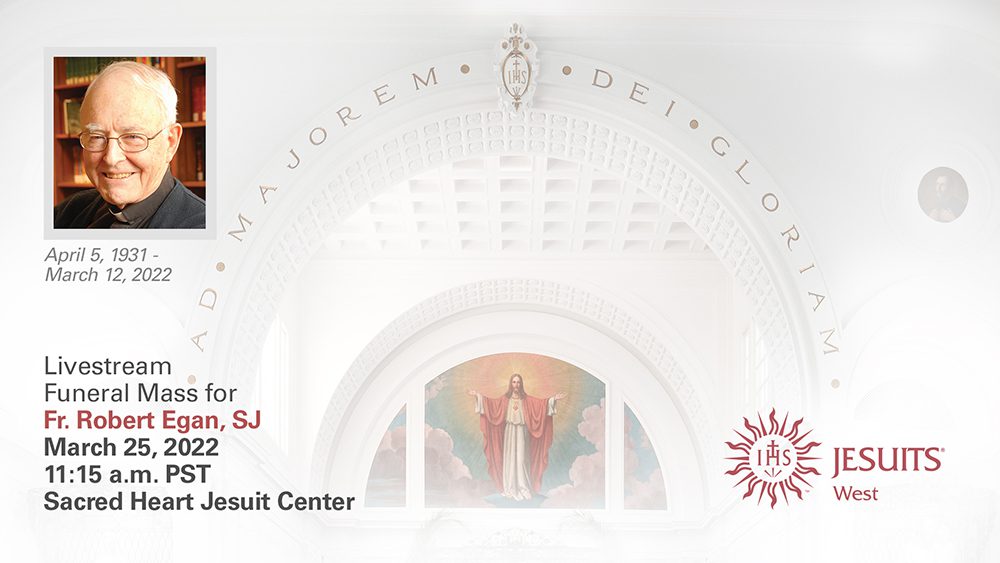 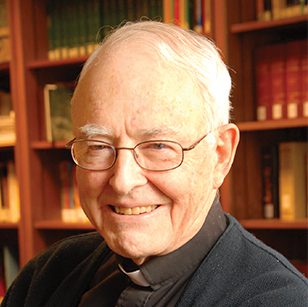