April 30, 2020 — Rev. Peter B. Ely, SJ, a Jesuit priest and longtime professor at Seattle University, died in Seattle on April 11. The cause of death was a heart attack that occurred as he was walking on the Seattle University campus. Ely was born on August 22, 1938 in Hammond, Indiana. He attended Seattle Preparatory School and then entered the Society of Jesus (the Jesuits) in 1956 in Sheridan, OR. He earned a bachelor’s degree in philosophy from Gonzaga University and an M.A. in theology from Regis College, University of Toronto. He was ordained a priest in Seattle in 1969. After earning a Ph.D. in theology at Fordham University in 1974, he spent the next sixteen years at Gonzaga University as a professor and as Academic Vice President. From 1990 to 1992 he worked as Pastor of St. Joseph’s Church in Seattle, and he then returned to Gonzaga to be Rector of the Jesuit community until 1996. He then served for one year as President of Rockhurst College in Kansas City, after which he began a distinguished period of service at Seattle University as a professor of religious studies. From 2001 to 2008 he also served as Rector of the Jesuit community. Ely was known as a dynamic teacher and preacher who loved to engage people in conversation about their lives and their families. In 2018 he published Adam and Eve in Scripture, Theology, and Life (Lexington Books). Ely was an active hiker and in his spare time enjoyed playing the piano and reading literary works in French. “His greatest gift was to love and serve others without reservation,” said Rev. Arturo Araujo, SJ, Rector of the Jesuit Community of Seattle University. Ely is survived by his brother John (Kathy) and their children Monica, Bretton, and Conrad. An online memorial service was held at Seattle University on April 16, and a gathering to celebrate his life will be announced at a later date. 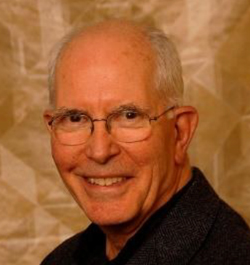