Father James W. Felt, SJ, professor emeritus of philosophy at Santa Clara University, died after a brief illness on February 17, 2022, at Sacred Heart Jesuit Center in Los Gatos, California, at age 96. Fr. Felt had spent his entire professional career at Santa Clara, from 1965 to 2013, when he came to Sacred Heart Center for a ministry of prayer.

Fr. Felt was born in Dallas on January 4, 1926. His family moved to the East Coast and then to Hollywood and Beverly Hills. After graduating from Loyola High School in Los Angeles, he entered the Jesuit novitiate at Los Gatos on October 8, 1943. His Jesuit studies took him to Gonzaga University for his bachelor’s and master’s in humanities/philosophy. He spent time teaching at Loyola University (lecturer in philosophy and mathematics, 1950-51) and St. Ignatius College Preparatory in San Francisco (mathematics, 1951-53). He completed theological studies at the Alma College campus of Santa Clara University (1953-57), and he was ordained a priest in San Francisco on June 16, 1956.

Fr. Felt pursued graduate studies at Saint Louis University, receiving a master’s in physics (1961) and a doctorate in philosophy (1965). He joined the faculty of Santa Clara University in 1965, achieving emeritus status in 2007. He taught a variety of courses, but his specialty was metaphysics and the philosophy of science. He published several books and dozens of articles in scholarly journals. He was a member of six professional organizations and served as president of two of them. In 2005, he received Santa Clara’s Award for Sustained Excellence in Scholarship, an honor he greatly prized.

Fr. Felt was a railroad aficionado and travelled by train whenever possible. He built his own elaborate model railroad in the Jesuit community house at Santa Clara. He also enjoyed painting and sketching. 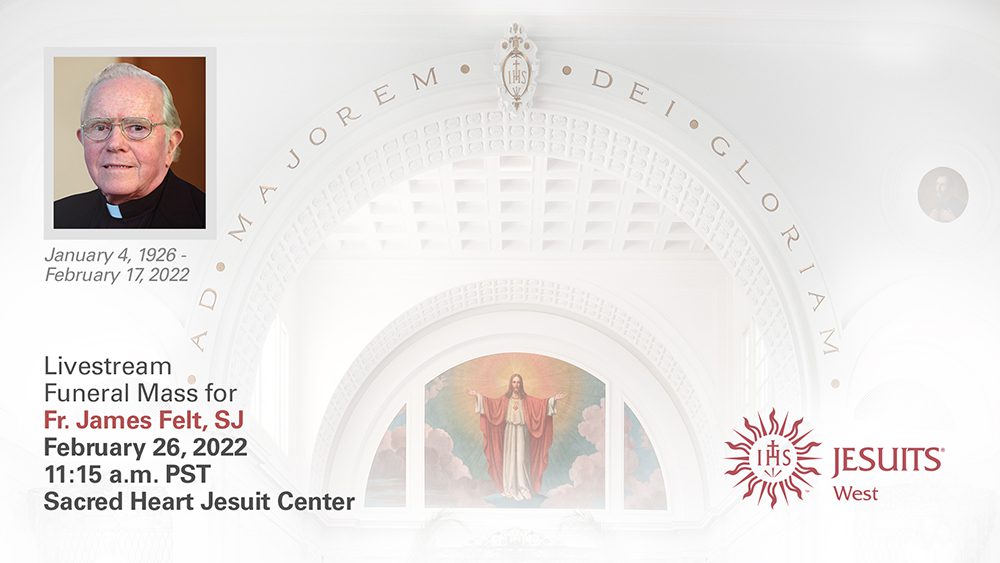 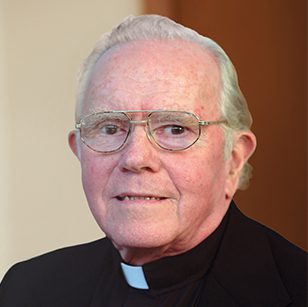