August 9, 2020 — Father Robert L. Fitts, SJ, pastor and hospital chaplain in many cities in the Pacific Northwest, died August 9, 2020 at Sacred Heart Jesuit Center, Los Gatos, CA. He was 91 years of age and a member of the Society of Jesus for almost 63 years.

Robert Lee Fitts was born in Sunnyside, WA, a small farming community in Yakima County, July 17, 1929, the youngest of seven children of Roy Fitts and Elizabeth Ehlebracht Fitts. He graduated from Sunnyside High School in 1947 and joined the United States Navy for a four-year enlistment. On the G.I. Bill, Bob enrolled at Seattle University, where he majored in political science, earning his BA in 1956. It was at Seattle that Bob first thought about Jesuit religious life; he applied to the Society and was accepted for the class of 1957. His Jesuit studies took him from Sheridan, OR, to Spokane for philosophical studies, to Bellarmine Prep, Tacoma, for teaching experience, and to Alma College, Los Gatos and Berkeley CA for theological training. Bob was ordained a priest in St. Ignatius Church, San Francisco, on June 7, 1969.

He also served as the Alaska Area Director for the Jesuit Volunteer Corps and as superior of the Jesuit retirement community in Spokane. Given a sabbatical in 1996-97, Bob volunteered for work with Jesuit missionaries in Zambia and Malawi. Since 2011, Bob, retired from active work, was engaged in a ministry of prayer, first in Spokane and then Los Gatos.

“Fitts the Friendly” made an impact on those he served, whether the hospital patients and staff, parishioners, the divorced, separated, or widowed, or his fellow Jesuits in the retirement community.

Bob is survived by many nieces and nephews. Due to Covid-19 restrictions, funeral services will be private.  Donations in memory of Father Fitts may be made to the Jesuits West Province of the Society of Jesus, P.O. Box 68, Los Gatos, CA 95031, or to a charity of your choosing. 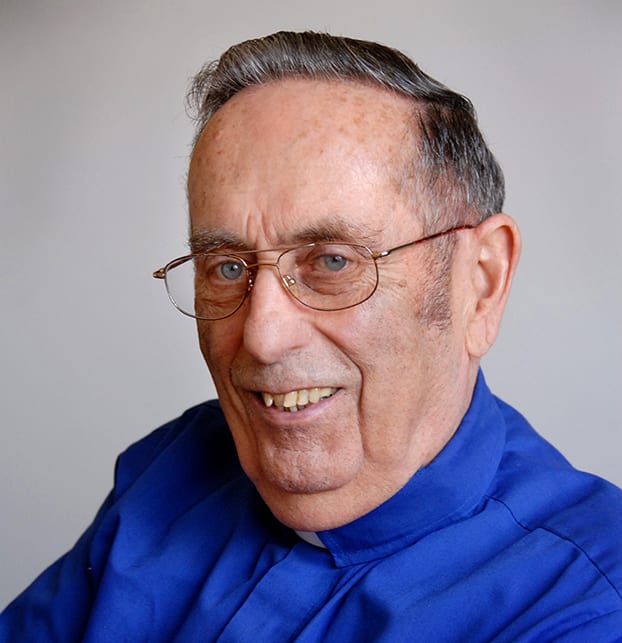