Father John F. Foster, SJ, a teacher and musician who taught in Seattle Preparatory School and other Catholic schools for over four decades, died Wednesday, April 27, 2022, in San Jose, California. He was 88 years old, a Jesuit for 64 years and a priest for 53 years.

John Frederic Foster was born in Seattle on July 15, 1933, the son of Frederic E. Foster and Madelon (Sinyard) Foster. He graduated from Seattle Prep in 1951. His studies at Seattle University were interrupted by two years of Army service with the Signal Corps in the Aleutian Islands. In 1957, he entered the Jesuit novitiate at Sheridan, Oregon, to begin studies for the priesthood. After earning degrees in classics and philosophy at Gonzaga University, he returned to Seattle Prep for a three-year period of teaching history and English and directing the student choir. Theological studies were made at the Alma College, Los Gatos campus, of Santa Clara University, and he was ordained a priest in St. James Cathedral in Seattle on June 15, 1968.

Except for a year of spiritual training in India and three years of graduate study in theology at Rome’s Gregorian University, the Seattle area would remain the location of his ministry for the next 45 years. He taught English and served as director of curriculum at Seattle Prep and joined the team that started the innovative Matteo Ricci College program at Seattle Prep and Seattle University, combining the high school and college curricula into an intensive six-year program leading to the bachelor’s degree. After a decade in that work, he moved to Seattle University as a base, and taught and served as campus minister at Eastside Catholic High in Bellevue (1983-88) and chaplain at Forest Ridge High School in Seattle (1983-99). In 1988, he returned to Matteo Ricci College in a variety of positions: professor of English and humanities, executive assistant to the dean, and chaplain. He also did regular weekend parish ministry in the Seattle area.

Fr. Foster retired from academic life in 2016 and served as chaplain to a monastery of Trappistine nuns in a remote redwood forest in northern California. For the past five years he has resided at Sacred Heart Jesuit Center in Los Gatos, California, the health care center of the Jesuits West Province, in a ministry of prayer.

Fr. Foster was a multitalented musician, a pedagogue of composition, literature, and film studies, and an avid photographer and traveler. He had a restless desire for knowledge that he strove to impart to his students.

The Mass of Christian Burial will take place on Thursday, May 12, 2022, at 11:15 a.m. at Sacred Heart Jesuit Center. Due to COVID restrictions, the funeral will be available livestreamed. For link, go to the province website, www.jesuitswest.org/in-memoriam. Inurnment at Spokane at a later date.

Donations in memory of Fr. Foster may be made to the Jesuits West Province of the Society of Jesus, P.O. Box 68, Los Gatos, CA 95031, or to a charity of your choosing. 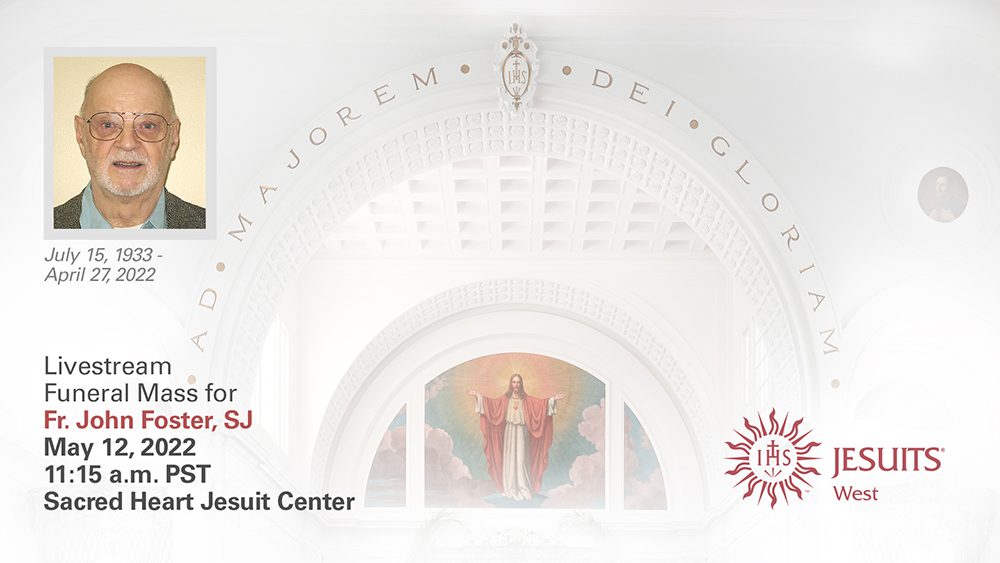 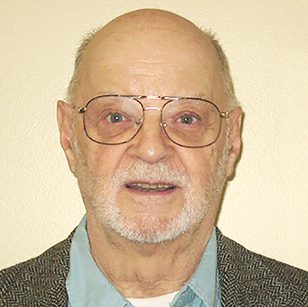