Father William J. Fulco, SJ, retired professor of ancient Mediterranean studies at Loyola Marymount University, died November 28, 2021 at Sacred Heart Jesuit Center, Los Gatos, at age 85. A scholar of the ancient Near East, he taught a wide spectrum of courses ranging from archaeology, ancient Semitic languages and Old Testament to the Greek and Roman classics. He held positions at the University of California, Berkeley, the Graduate Theological Union, Ecole Biblique and Pontifical Biblical Institute in Jerusalem, the American Center of Oriental Research, Amman, Jordan, the University of Judaism. and the University of Southern California. He participated in many archaeological digs and curated a museum in Jerusalem as well as an important collection of ancient coins. He used his linguistic abilities and historical knowledge as a consultant for Mel Gibson’s film The Passion of the Christ providing the accurate dialog in various ancient languages.

William James Fulco was born February 24, 1936, in Los Angeles, the youngest of three children born to Herman J. Fulco and Clelia Marie DeFeo Fulco. He graduated from Loyola High School, Los Angeles, and entered the Jesuit novitiate at Los Gatos in 1954. He earned degrees in classics and theology from Santa Clara University, philosophy from Gonzaga University, and a doctorate in Near Eastern Languages and Literature from Yale University (1971). He was ordained a priest in 1966 at Blessed Sacrament Church, Hollywood.

He taught Latin, Greek and German at Bellarmine College Prep, San Jose, CA, before ordination, and upon completion of studies, held many academic positions as noted above. In addition to his teaching, he lectured widely, presented papers at international conferences and seminars, participated in archaeological digs, and published articles and book reviews in both scholarly and popular journals. He collaborated on many television and video projects on the ancient Near East. His book Maranatha: reflections on the mystical theology of John the Evangelist (Paulist Press) was well received. He traveled widely and kept a series of meticulously detailed journals, which he mined for two privately published memoirs. 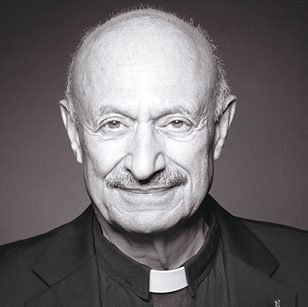