Jesuit Father Charles (Chuck) A. Gallagher, age 86, a Jesuit for 67 years and a priest for 55 years, died on July 21, 2013. Fr. Gallagher was a pioneer and leader in bringing and adapting Marriage Encounter to American couples.

He was born in New York City on August 18, 1927, of Charles and Theresa (Farrell) Gallagher. After graduation from Regis High School in New York in 1945 he entered the Society of Jesus at St. Andrew-on-Hudson, Poughkeepsie, N.Y., on 30 July.

Following his novitiate and juniorate, he studied philosophy at West Baden College, Ind., from 1949 to 1952. He returned to the East and taught for three years at Canisius High School in Buffalo, N.Y., from 1952 to 1955. In preparation for ordination he studied theology at Woodstock College in Woodstock, Md., from 1955 to 1959.

He was ordained to the priesthood on June 21, 1958, at the Fordham University Church in New York. His priestly apostolic life focused on retreat ministry and ministry to couples and families. This began in 1962 at Gonzaga Retreat House in Monroe, N.Y., where he led youth retreats. In 1967 he shifted his retreat ministry to St. Ignatius Retreat House, Inisfada in Manhasset, N.Y., and there began many years of fruitful ministry and leadership in Marriage Encounter. In 1974 he added the ministry of Parish Renewal and took up residence in Elizabeth, N.J.

From 1981 until his death he resided at Saint Peter’s University in Jersey City even as for much of his time he was on the road around the world engaged in Marriage Encounter and Parish Renewal programs.

Fr. Gallagher authored or co-authored a number of books on marriage and over 50 booklets on related topics. He was an enthusiastic, prophetic voice for the sacrament of matrimony. He has trained several thousand priests in the Parish Renewal Experience program and thousands of couples in presenting programs for engaged and married couples. The Philippines is one of many nations where his work, his programs and his writing have had a major impact. In recent years he focused on making Pope John Paul II’s theology of the body meaningful for individuals, couples and families.

He is survived by his sister Therese Sweeney of New York City. 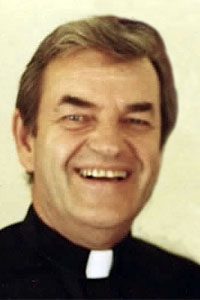