Jesuit Father George A. Hess, 94, died on July 30, 2013, at Mercy Hospital in Jamshedpur, India. He served as a Jesuit for 75 years and ministered generously to the people of India for 61 years.

Fr. Hess, son of David and Julia Hess, was born in Bayonne, N.J., on October 10, 1919, and was the oldest of two children. Following graduation from Gonzaga College High School in Washington, D.C., in 1937, he entered the Society of Jesus on August 14, 1937, at St. Isaac Jogues Novitiate in Wernersville, Pa., and pronounced his First Vows on August 15, 1939. Fr. Hess was ordained a priest by Archbishop Francis P. Keough on June 18, 1950, at Woodstock College in Maryland.

He earned a Bachelor of Science degree from Georgetown University in 1943, a licentiate of philosophy and Master of Arts degree in teaching from Woodstock College in Maryland in 1944 and 1945 respectively and a Master of Arts degree in education from Stanford University in 1976. He was honored with a Doctor of Humane Letters honorary degree by Gonzaga College in 1987.

A Jesuit priest for 63 years, Fr. Hess taught math and physics at Georgetown Preparatory School and Loyola High School in Towson, Md., prior to leaving for his ministry in India. His service in India included serving as principal and later rector of Loyola School in Jamshedpur; principal and superior of De Nobili School in Dhanbad; director of education for the province; dean, teacher and superior of Loyola College of Education in Jamshedpur; communications coordinator and acting superior of Xavier Institute of Management; and the founder and director of the Loyola Center for Communication and Culture.

In his words, Fr. Hess said of his ministry, “My reason for volunteering was that without doing so I would be shutting the door on a primary aspect of being a Jesuit, that of universal availability. When offered a choice between that and doctoral studies in physics, for which I showed high aptitude, I pointed out that volunteering precluded the making of a choice.”

“Fr. Hess was a living legend in India and not just in De Nobili School … he was a gentleman and a scholar, who dedicated his life to serving the children of India. Most people travel to the United States from India in search of their destinies, guided by the opportunities to study, earn more money and fulfill their career aspirations. Very few travel in the opposite direction. Fr. Hess and the other Jesuit scholars and priests who built De Nobili School in the coalfields of India were one such group of noblemen whose calling in life was to serve other people and build a better future for children in a faraway land,” reflected Rajat Bhatia, a graduate of the De Nobili School in his book “One Man’s Dream – A Million Kids’ Beneficence.” 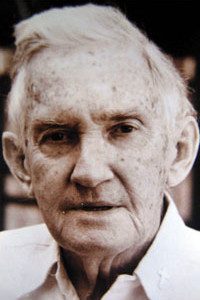