Father Leo J. Hombach, SJ, teacher, retreat director and chaplain to those with HIV/AIDS, died March 22, 2022, at Sacred Heart Jesuit Center in Los Gatos, California. He was 91, a member of the Jesuit order for 73 years and 60 years a priest.

Fr. Leo James Hombach was born in Philadelphia on June 8, 1930, to Leo J. Hombach, M.D., and Annette Hargarten Hombach. His father practiced in the Midwest before the family moved to Santa Cruz, California, around 1940. Leo was a boarding student at Bellarmine Prep in San Jose, and after graduation in 1948, he entered the Jesuit novitiate in Los Gatos to study for the priesthood. He studied at Gonzaga University in Spokane, Washington, and Spring Hill College in Mobile, Alabama, and did graduate studies in biology at Fordham University and Princeton University. Before ordination, he taught mathematics and chemistry at Loyola High School of Los Angeles and began his theological studies at the Alma College campus of Santa Clara University. He was ordained a priest in San Francisco on June 9, 1961.

On completion of studies, Fr. Hombach joined the faculty of Santa Clara University, where he taught biology from 1966 to 1978 and served a term as department chair. Leaving the classroom, he served as a retreat director and superior of the Jesuit Retreat Center of Los Altos (El Retiro) until 1986, when he moved to San Francisco to become a Catholic chaplain to the patients in the AIDS ward at San Francisco General Hospital and throughout the city. This was at the time when HIV/AIDS was little understood, and treatment was uncertain. During the workday, he visited the hospital wards and residences, and often he received a late-night telephone call to accompany and console the dying and their loved ones. Two years of intense ministry took its toll, and he gave the ministry to another and took up a position on the campus ministry team at Santa Clara University. In 1995, he became superior of Sacred Heart Jesuit Center, the retirement and health care facility of the Jesuits in California. After serving the infirm and retired, he then moved in 1999 to the Jesuit novitiate in Culver City, California, where he helped prepare future Jesuits for their ministry. In 2003, he returned to Los Gatos as editor of the province newsletter, which he enlivened with his witty graphics and lively style. His last years were spent in the infirmary, with an open door and friendly greeting for residents and visitors alike.

Fr. Hombach is survived by his nephew Michael Nouaux of Kenwood, California. Mass of Christian Burial will be held at Sacred Heart Jesuit Center Monday, April 4, 2022, at 11:15 a.m., which will be livestreamed. Burial will be at Santa Clara Mission Cemetery. 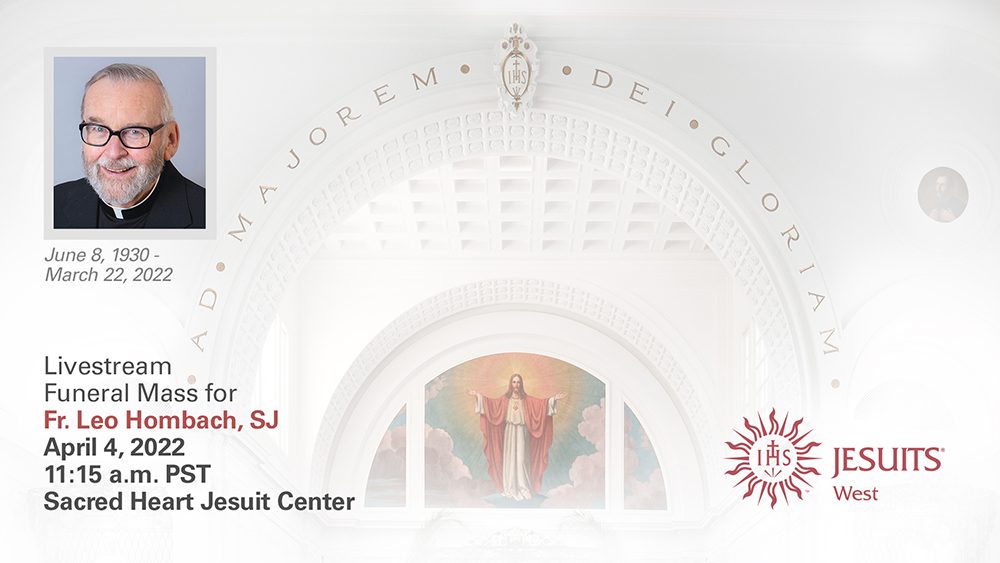 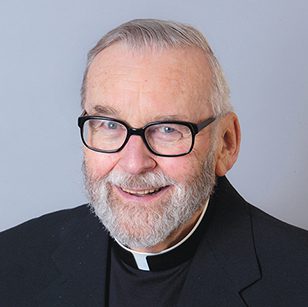