Father Patrick B. O’Leary, SJ, former assistant for Identity and Mission and chaplain at Seattle University and a respected teacher and spiritual director, died quietly in his sleep on January 5, 2023, in his residence at Sacred Heart Jesuit Center in Los Gatos, California. He was 92 years old.

Patrick Boyle O’Leary was born March 22, 1930, in Bellingham, Washington, the son of John E. O’Leary and Helen Agnes Boyle O’Leary. He graduated from Bellarmine Preparatory School in Tacoma, Washington, in 1948 and entered St. Francis Xavier Novitiate in Sheridan, Oregon, to prepare for the Jesuit priesthood. His studies took him to Gonzaga University in Spokane, Washington, (1952-1955) for degrees in philosophy, to Missoula, Montana, for teaching experience at Loyola High School (1955-1958) and to Alma College in Los Gatos for his theological studies (1958-1962). He was ordained to the priesthood in Spokane on June 17, 1961. He did graduate work in theology at the Pontifical Gregorian University in Rome (1965-1968).

In 1963, Fr. O’Leary began a long association with Seattle University, interrupted by other assignments in the Northwest. He taught philosophy and theology (1963-1965; 1968-1970) and returned in 1992 as assistant to the president for [Catholic and Jesuit] Identity and Mission and chaplain for faculty, staff and alumni (2001-2016). He was noted for his wise counsel and for his “Ignatian Talks,” first-person accounts of the life and spirituality of St. Ignatius of Loyola.

Fr. O’Leary also held important positions in the spiritual and academic formation of young Jesuits. He served as rector and theology professor at St. Michael’s Institute on Gonzaga University’s campus (1970-1976) and as director of novices at the Jesuit Novitiate in Portland, Oregon (1976-1983). Over the years he was a popular and respected spiritual adviser to Jesuits and others throughout the Northwest.

Fr. O’Leary is survived by a brother, Gerald D. O’Leary, of Tacoma. He was preceded in death by his brother, Fr. John J. O’Leary, SJ, and sister, Mary Henderson.

A funeral Mass will be celebrated Saturday, January 21, 2023, at 12 noon at St. Joseph Church in Seattle. Click here to attend via livestream. Inurnment will be at St. Michael’s Cemetery in Spokane. Donations in memory of Fr. O’Leary may be made to the Jesuits West Province of the Society of Jesus, P.O. Box 68, Los Gatos, CA 95031, or to a charity of your choosing. 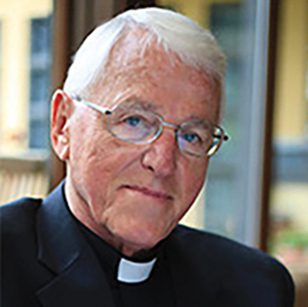