Father Thomas J. Reilley, SJ, a retired priest of the Jesuits West Province residing at Sacred Heart Jesuit Center in Los Gatos, California, died April 11, 2022, in a San Jose hospital after a long struggle with Parkinson’s disease. He was 73 years old and a member of the Jesuit order for 37 years.

Thomas James Reilley Jr. was born May 14, 1948, in Santa Paula, Ventura County, California, the son of Thomas J. Reilley and Irma Ruuhela Reilley. The family relocated to the Midwest, where Fr. Reilley graduated from the Jesuit’s Loyola Academy in Wilmette, Illinois. He then earned a bachelor’s degree in sociology from Loyola University Chicago in 1971 and was active in speech and debate and the peace movement. Fr. Reilley worked in newspaper advertising for eight years and for five years with the United States Catholic Conference in refugee resettlement work. Returning to California, he was active at Christ the King Parish in San Diego, where he served as lector, Eucharistic minister and member of the parish council.

He entered the Jesuit novitiate in Santa Barbara in 1984 and studied philosophy at Gonzaga University and theology at the Jesuit School of Theology in Berkeley, California. During his formation years, he ministered to the poor in Tijuana, cancer patients in Phoenix and inmates of San Quentin Prison. He was ordained a priest in Los Angeles June 10, 1995. Fr. Reilley taught history and social studies at Loyola High School of Los Angeles from 1988-1991 and again from 1995-2002. He was a popular teacher and chaplain to the soccer teams.

He served as assistant director of novices at the Jesuit novitiate in Culver City, California, from 2002-2004. He then returned to Loyola High School as chaplain to faculty and staff from 2004-2005 and served in the same capacity at Verbum Dei High School in Los Angeles from 2005-2009. Becoming more incapacitated by the Parkinson’s, he moved to Sacred Heart Jesuit Center in 2009. Always upbeat, he remained as active as he could, moving around the house and gardens in his red electric scooter.

The Mass of Christian Burial will be held at Sacred Heart Jesuit Center on Friday, April 22, 2022, at 11:15 a.m. Due to COVID protocols, it will not be open to the public but will be livestreamed. For the link go to www.jesuitswest.org/in-memoriam. Donations in memory of Fr. Reilley may be made to the Jesuits West Province of the Society of Jesus, P.O. Box 68, Los Gatos, CA 95031, or to a charity of your choosing. 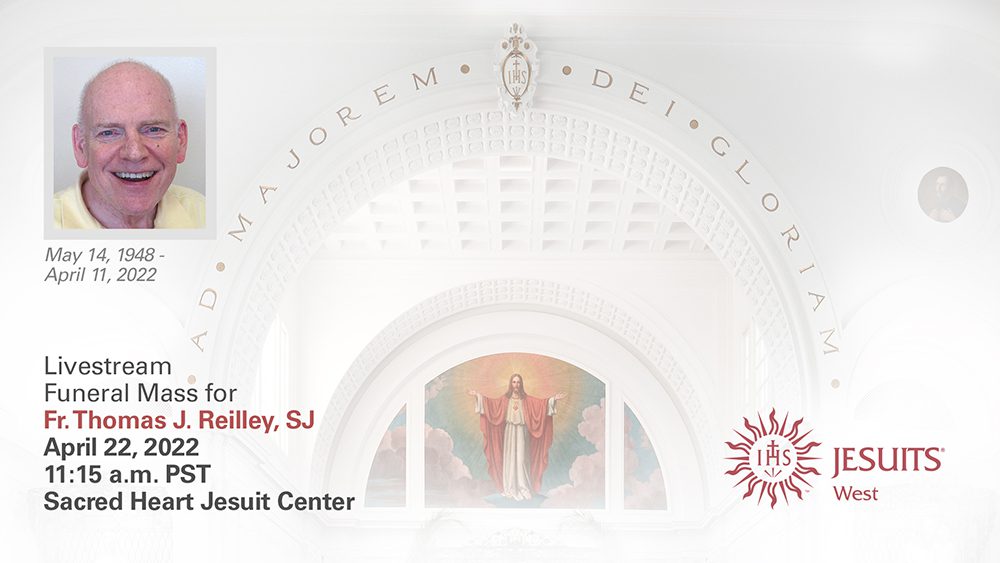 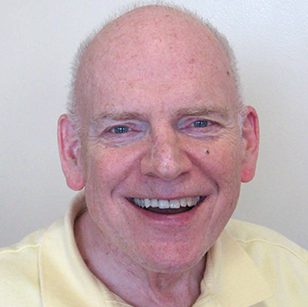