Fr. Renna taught at Brophy College Prep in Phoenix for 45 years, before reluctantly retiring in 2009.

To say he was beloved by students, faculty and parents alike, is a understatement. He left an impression on all who knew him. He married and baptized countless alumni and their children and concelebrated many student masses.

He was, heart and soul, a Brophy Bronco and a Jesuit “Man for Others.” 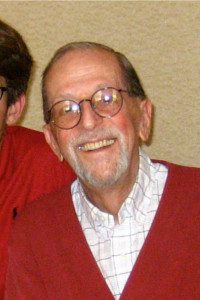