Fr. Rolfs was born in West Bend, Wisconsin, September 15, 1923. The family moved to the Los Angeles area in 1939, where he attended Loyola High School, graduating in 1941. After learning to play the drums as a youth, he became a professional drummer while still in high school and worked with top jazz musicians of the Big Band era, such as Stan Kenton, Charlie Barnett and Kay Kyser. He entered the Jesuit novitiate at Los Gatos for studies for the priesthood in 1948. After receiving his bachelor’s in philosophy and master’s in history from Gonzaga University, he taught history and civics at Loyola High School and had charge of the band and glee club. Theology studies were taken at the University of Innsbruck, Austria, and he was ordained a priest there July 26, 1961.

Fr. Rolfs served as dean of students at Loyola Marymount University (LMU) for four years before doing graduate studies in history at the Maximilian University in Munich, Germany, and the University of California, Santa Barbara, where he received his Ph.D. His area was modern German history, focusing on the Third Reich, the Holocaust and World War II. He returned to LMU in 1974. In addition to his teaching, he served as chair of the history department, a member of the board of trustees of the university and on several academic committees. He gained emeritus status in 2008 and moved to Los Gatos for a ministry of prayer in 2016. Over the years, he maintained his drumming skills, picked up the harmonica, and enjoyed playing at various university and community functions. He also enjoyed fly-fishing.

Fr. Rolfs is survived by a niece, Mary Muhlenkamp of Pleasant Hill, California; cousin, Jon Weatherwax of Danville, California; and extended family and many friends.

A funeral Mass will be held Tuesday, March 22, 2022, at 11:15 a.m. at Sacred Heart Jesuit Center in Los Gatos. Because of Covid restrictions, in-person attendance will not be open to the public; click here to watch the livestream. 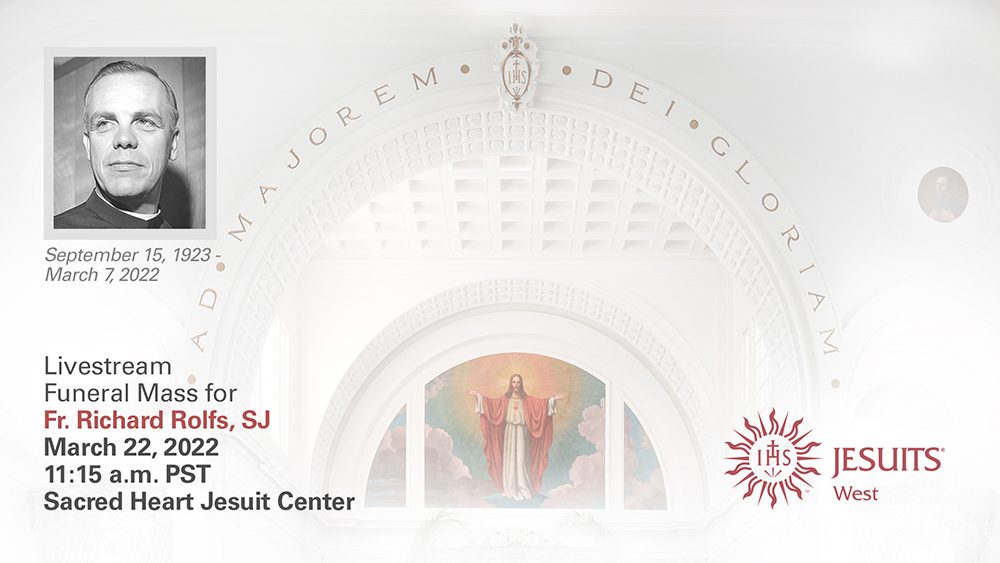 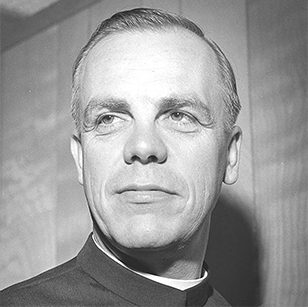