Father Robert J. (“Tex”) Welch, SJ, retired professor of political science at Loyola Marymount University in Los Angeles, died July 10, 2022, at the infirmary of Sacred Heart Jesuit Center in Los Gatos, California. He was 92 and would have celebrated his 75th anniversary as a Jesuit next month.

Robert James Welch was born in Van Nuys, California, November 14, 1929, the son of Ralph Welch, a Van Nuys fireman, and Joan Dutton Welch, a parochial schoolteacher. He graduated from Loyola High School of Los Angeles, where he had been a star catcher on the baseball team. He entered the Jesuit novitiate at Los Gatos on August 14, 1947. During his years of Jesuit training, he earned degrees in philosophy (Gonzaga University), political science (University of San Francisco), theology (Santa Clara University), and a doctorate in government from Claremont Graduate School. He taught and coached baseball at St. Ignatius Prep in San Francisco from 1954-57 and was ordained a priest in Hollywood on June 16, 1960.

In 1962, he started a relationship with Loyola Marymount University that lasted 58 years, starting as a resident during graduate studies, then as a faculty member and department chair, and finally, in 2011, in retirement as emeritus professor. By his own count, Fr. Welch taught 210 courses and 4840 students, both graduate and undergraduate. He had a lasting impact on many of his students who went into academic careers and government service. He moved to Sacred Heart Jesuit Center in 2020, where to the end, he maintained a strong interest in politics and baseball.

A Mass of Christian Burial will take place on Monday, July 25, 2022, at 11:15 a.m. at Sacred Heart Jesuit Center. Due to COVID restrictions, the funeral will be available via livestream. For the link, go to the province website, www.jesuitswest.org/in-memoriam. Inurnment at Santa Clara Mission Cemetery will be at a later date. A public memorial Mass will be held at Loyola Marymount in the fall, at a time and date to be announced.

Donations in memory of Fr. Welch may be made to the Jesuits West Province of the Society of Jesus, P.O. Box 68, Los Gatos, CA 95031, or to a charity of your choosing. 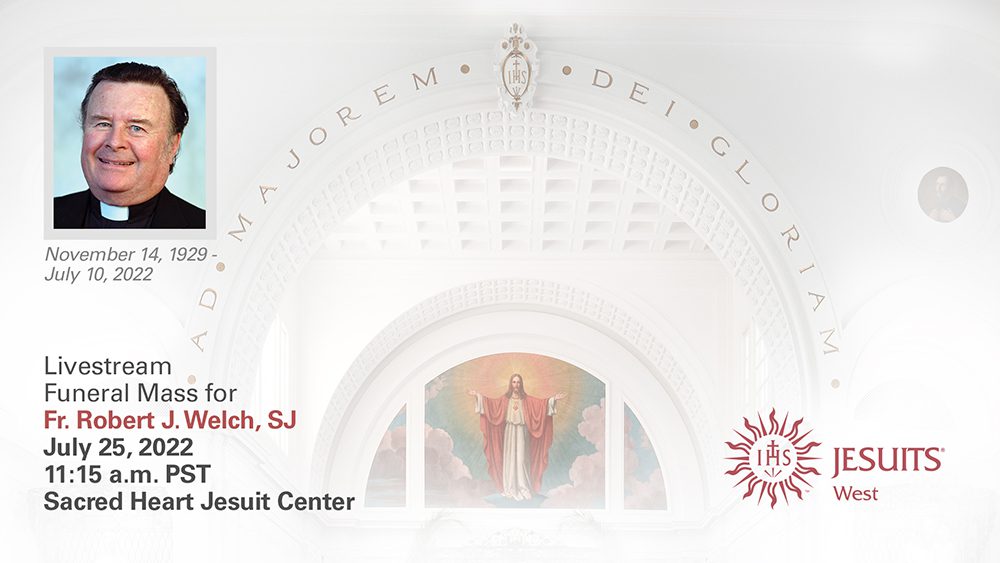 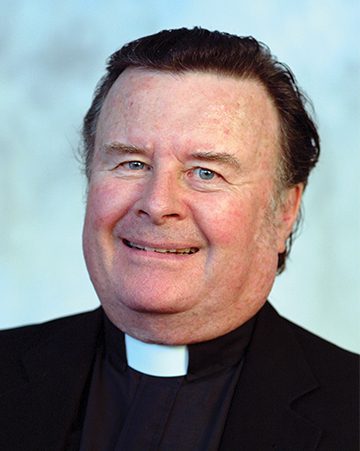