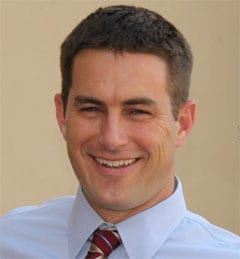 November 17, 2016 — The day after the U.S. presidential election, students at Brophy College Preparatory in Phoenix reported disturbing incidents, including Latino students being asked by fellow students if they realized that their last day at Brophy would coincide with the inauguration of Donald Trump.

Elsewhere on Jesuit campuses, when students at Le Moyne College in Syracuse, New York, gathered to protest the election, a truck waving a Confederate flag deliberately drove by the group, and in Milwaukee at Marquette University High School, several students reported they were taunted after the election, including one student who said another student put a sticker on his back that read, “Go Back to Mexico.”

At Santa Clara University, the school’s Undocumented Students and Allies Association hosted a walk out in solidarity with undocumented students, who have felt a growing panic since the election of Donald Trump. And the Association of Jesuit Colleges and Universities in Washington, D.C., said that it is discussing the topic of sanctuary designation, which would limit a school’s cooperation with federal immigration authorities.

Brophy’s principal Bob Ryan addressed the situation head on, sending a letter to parents that described racial tensions at the school since the election. After describing some of the incidents, he wrote, “Clearly this campaign, and the election of Mr. Trump, has exposed divisions in our country that are deeper than any of us recognized.”

Ryan was in Washington, D.C., this week for a gathering of Jesuit high school principals hosted by the Jesuit Schools Network, where he learned other schools have experienced similar issues since the election. Watch the video above to hear more from Ryan on the situation and how they are handling it at Brophy College Prep.