Fr. Sean Carroll, SJ, to Step Down from the Kino Border Initiative in March 2021

September 15, 2020 — Fr. Sean Carroll, SJ, longtime executive director of the Kino Border Initiative (KBI), a binational ministry that provides humanitarian assistance to migrants at the border in Nogales, Sonora, Mexico, will step down in March of 2021. 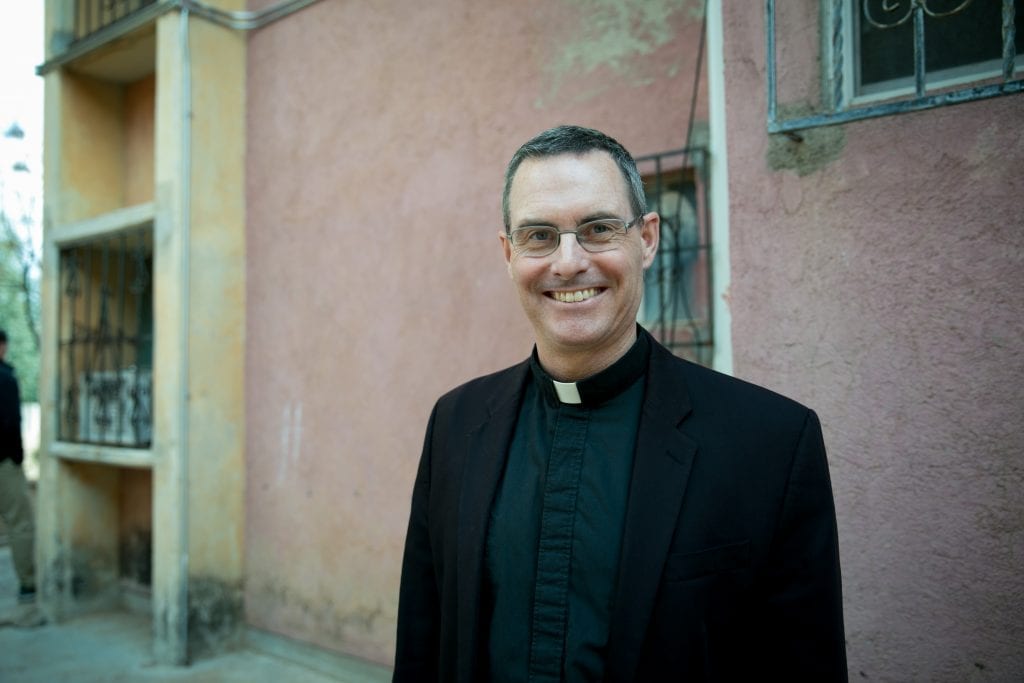 Named in honor of Eusebio Kino, SJ, a 17th-century Jesuit missionary who ministered in Sonora, KBI was founded in January 2009 by the Jesuits and five other religious groups on both sides of the border. Fr. Carroll has served as the organization’s executive director since its founding. 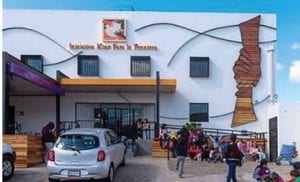 During Fr. Carroll’s tenure, KBI has grown from a modest comedor (dining room) serving a small number of migrants per day to an organization that last year provided 131,725 meals to men, women and children who were recently deported and others seeking asylum in the U.S. Most recently, Fr. Carroll led a $2.8 million campaign to purchase and remodel a building in Nogales, Sonora, Mexico, to serve as the KBI’s new migrant outreach center. The 18,000-square-foot building, which was inaugurated in February of this year, provides overnight shelter for more than 100 people as well as services including first aid, legal support and pastoral accompaniment.

“Sean Carroll has been a champion for our undocumented brothers and sisters — both on the ground at the KBI’s outreach center in Mexico and on Capitol Hill where he has been a relentless, tireless advocate for humane treatment for migrants,” said Fr. Scott Santarosa, SJ, provincial of Jesuits West. “Sean has walked alongside the least among us and shown them the face of God, and I am proud and humbled to call him my brother.”

“The impact of Sean’s work on improving the lives of migrants has been monumental,” said Steve Haydukovich, Chair of the KBI Board of Directors. “During his tenure, he built a first-class binational organization from the ground up. Through his leadership and vision, KBI is poised for a greater level of service than ever before. As Father Kino made his impact on the Sonoran region, Sean too leaves a lasting legacy of hope and promise. He has established a foundation for us to continue doing God’s work in this important ministry, and there are no words to express our gratitude.”

The Missionary Sisters of the Eucharist, who minister in Nogales, Sonora, Mexico, were instrumental in KBI’s founding and have worked alongside Fr. Carroll for the last dozen years.  Speaking on behalf of her community, Sister Diana Rubio, M.E., Superior General of the Missionary Sisters, said, “Fr. Sean has enriched this project with a leadership that made it possible to construct bridges among the staff, the migrants, volunteers and benefactors — these are bridges of solidarity, hope, safety, dignity and compassion. We are grateful for having shared this time with him. While we will miss him, we know that God will continue to bless his next mission.”

Regarding his plans, Fr. Carroll said that he is actively discerning his next mission with his provincial, Fr. Santarosa, just as they discerned that the time was right for him to step down. “It has been a great honor and a blessing to serve as the Kino Border Initiative’s first Executive Director,” said Fr. Carroll. “I am grateful for the dedicated men and women who have served with me throughout the years.  KBI has a very bright future, and it will continue to fulfill its important mission to be a humanizing presence on the U.S.-Mexico border and to foster binational solidarity on the issue of migration.”

According to Board Chairman Haydukovich, a search for KBI’s new executive director will begin soon.