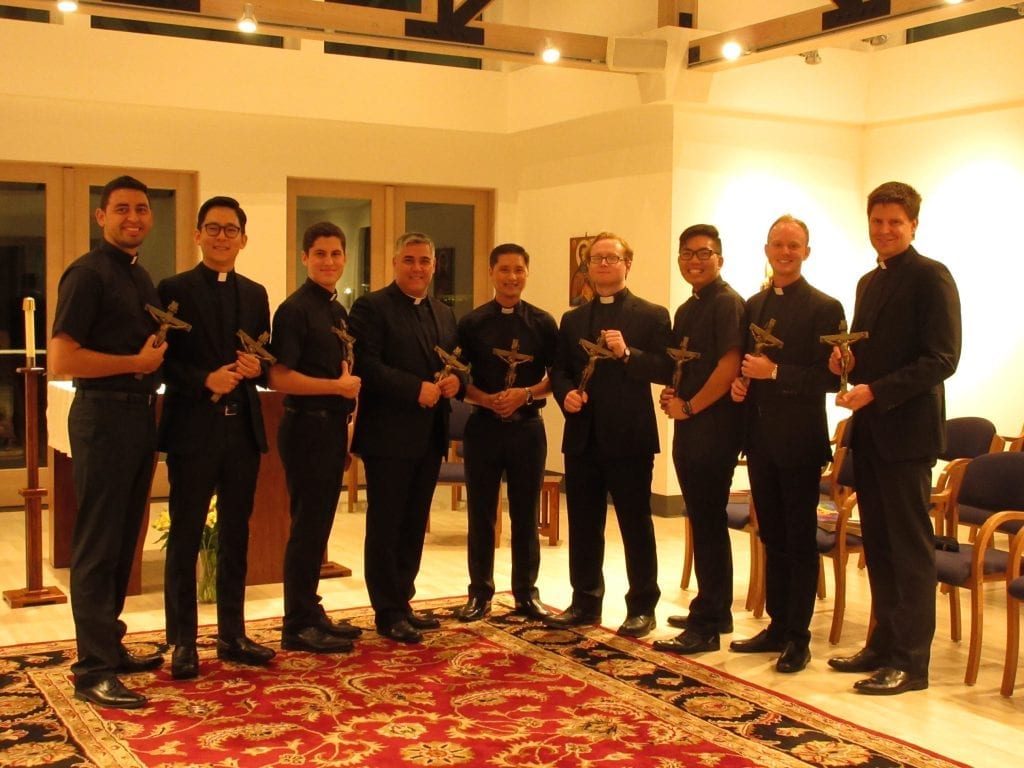 With great joy and gratitude, Jesuits West welcomed new novices who entered the Society of Jesus at The Jesuit Novitiate of the Three Companions in Culver City, Calif., on August 20.

The novices completed their First Probation with the Mass of Investiture on September 3. We offer prayers of gratitude to God for the great blessing of these men.

Chai, 38, was born in Seoul and grew up in Southern California. He received his BA from UC Berkeley and PhD from the London School of Economics. He taught international business ethics and strategy at the universities of Manchester, Seoul National, and London. He also worked as a corporate executive adviser. Recently, he walked the Camino de Santiago, made pilgrimages to Yamaguchi and Loyola, and volunteered at CAFOD, the Catholic international development charity. He is a novice chess and tennis player, and oboist.

Gianelli, 40, is a Brazilian-Uruguayan. Before entering the Novitiate, he worked at Stanford Medical Center as a board certified chaplain specializing in palliative medicine chaplaincy. He earned an equivalent of a master of divinity from the Facultad de Teologia Monsenor Mariano Soler in Uruguay. As a minor seminarian, he was inspirited by the Jesuits working on social justice ministries. Gianelli enjoys being connected with people, long drives on Pacific Coast Highway, and fixing church tower clocks. 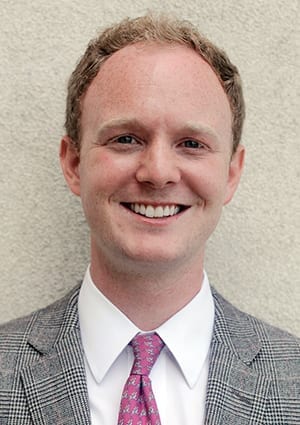 Kelley, 26, attended Jesuit College Preparatory in Dallas and graduated from Boston College with a bachelor’s in management. While at BC, he was confirmed at Saint Ignatius Church. After graduation, Kelley returned to Jesuit Dallas to serve in the Alumni Service Corps. For the last two years, he has pursued a master’s in counseling at Loyola Marymount University, where he also worked in Campus Ministry. He enjoys traveling, learning languages, and spending time outdoors.

Nguyen, 41, earned his BS in biochemistry at UC San Diego and his MSIS at Santa Clara University. He’s worked in IT at many startups in the Silicon Valley and as a sales system engineer. He has volunteered as a catechist in the San Jose Vietnamese community since 1998, working with youth and young adults. He enjoys backpacking, cooking, reading, gardening, and traveling to exotic destinations. He also enjoys the company of new and old friends over a cold pint of beer.

Rosetti, 24, graduated from The King’s College in New York City with bachelor’s degrees in politics, philosophy and economics. After graduation he worked in retail as a sales associate. In his free time, Rosetti enjoys listening to Delta blues, and having casual political and philosophical debates over fine bourbon.

Rugama, 31, moved to the United States from Nicaragua in 2000. He graduated from UC Berkeley with a bachelor’s in psychology. For the last several years, he worked as a librarian at UC Berkeley and ministered to the Hispanic young adults ministry at his parish. Rugama discovered Ignatian spirituality when he attended the Instituto Hispano of the Jesuit School of Theology of Santa Clara University. He enjoys spending time outdoors and reading.

Thomas, 40, earned a bachelor’s in political science at Santa Clara University and a Juris Doctor from Boston College Law School. He represented the State of Utah in the prosecution of felonies and misdemeanors as a deputy district attorney. He also practiced as a civil litigator with an emphasis in product liability and medical malpractice. Thomas enjoys running, praying the rosary, watching sports, and has a devotion to Our Lady.

Truong, 23, graduated from Washington University in Saint Louis in 2016. There he sang in an a cappella group, directed films and a play, and led retreats. He majored in psychology. After graduation, he worked as an intern at the Newman Center at Washington University. His hobbies include singing, playing piano, movies, and playing all kinds of games and sports. He also enjoys witty puns and jokes.