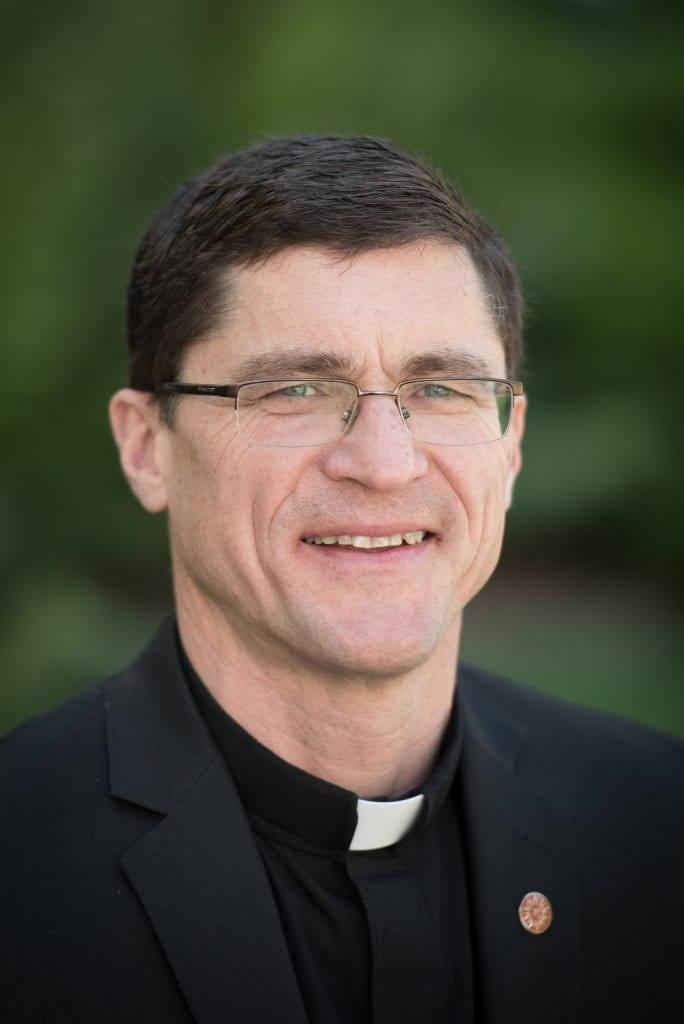 Father Scott Santarosa, SJ, provincial of the Oregon Province of the Society of Jesus, will receive the Santa Clara University School of Engineering’s highest honor, the Distinguished Engineering Alumni Award, recognizing alumni whose accomplishments in their professions, communities, and university service have set them apart. The award will be presented to Fr. Santarosa on June 16.

Father Santarosa joins Richard DeBlasio and Bill Holt as recipients of the award this year. The three will be honored at a June 15 dinner and at the June 16 Engineering School Honors and Awards Convocation.

Seeds for Fr. Santarosa’s future were planted when he took part in a brief trip to Mexico during his time as a student at SCU. There, he witnessed abject poverty but was moved by how people experienced God’s love. After receiving his bachelor’s degree in civil engineering, he joined the Jesuit Volunteer Corps, running an after-school program for low-income families in New Jersey, and soon decided to begin the formation process to become a Jesuit. He spent his fourth year of theology studies in Mexico City.

As a Jesuit, Fr. Santarosa spent five years at Verbum Dei High School in Watts, Los Angeles. When he arrived in 2000, the inner-city school was on the verge of closing. Just six years later he had transformed it into a well-respected Catholic preparatory school for low-income students, with 100 percent of the graduating students accepted to college.

For the next eight years he lovingly pastored Dolores Mission Church in Los Angeles, a parish dedicated to social justice through serving the poor and the immigrant. In 2014, he took on the role of provincial of the Oregon Province of the Society of Jesus. As the Oregon and California provinces join to form a new province on July 1 – Jesuits West – Fr. Santarosa will become the new provincial. Jesuits West will cover 10 western states: Alaska, Arizona, California, Hawaii, Idaho, Montana, Nevada, Oregon, Utah, and Washington.