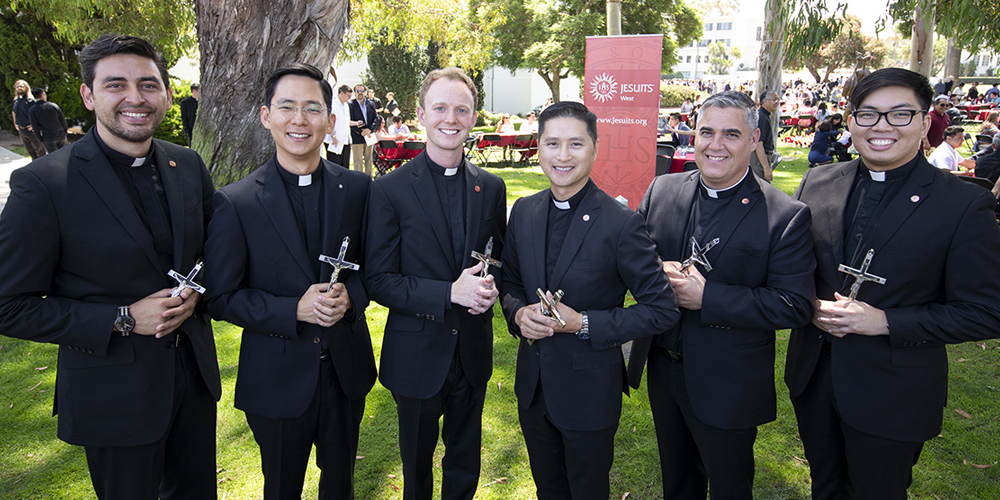 “This class has come together as a community, as friends in the Lord, and they have worked together for the sake of the Gospel in many different places and with many wonderful people,” Fr. Stephen Corder, SJ, director of novices at the Jesuit Novitiate in Culver City, California, said in his homily during the Mass. 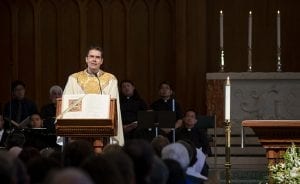 The six newly-vowed Jesuits spent the previous two years at the Culver City novitiate learning about the Society, participating in local ministries and living in community. They also performed community service and completed the 30-day Spiritual Exercises retreat. 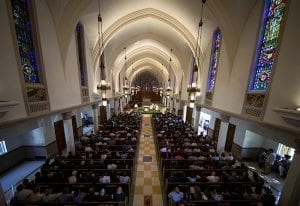 Recalling their time at the novitiate, Fr. Corder said: “From the early days of their novitiate when they reenacted the last scene from John 21 around a barbecue fire pit at the beach in Playa Vista, to welcoming their second-year brothers home from their missions with banners, and until this moment when they take a further step into saying yes to God, this class has lived in the spirit of joy, friendship and love from today’s Gospel.” 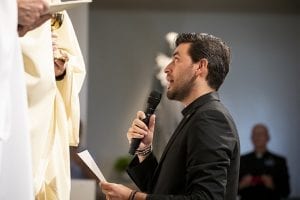 Fr. Corder also noted the image the novice class chose for the cover of the program, the heart of Jesus. “Surely this resonates with today’s Gospel when Jesus invites us to remain in him and to remain in his love. Jesus looks at each one of us, and he says, ‘As the Father has loved me, so I have loved you.’” 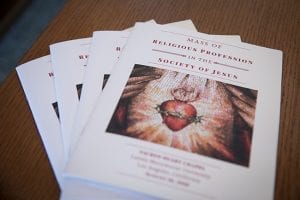 “As you take this step further into your own vocation, my brothers, into the life of the Society of Jesus, and into the heart of Christ and his people, my prayer is that you continue to be as open as possible to God’s grace,” Fr. Corder said. “All of the people that you have walked with are with you in this endeavor and are praying for you.” 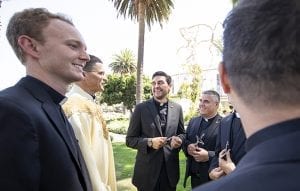 Now that they have pronounced first vows in the Society, these six Jesuits will continue their formation with several years of philosophy studies at a Jesuit university.