Jose Osuna: A Homeboy Finds a Seat at the Table

May 16, 2017 — When Jose Osuna walks into a room, his impressive stature commands attention. Beneath a thick mustache, he grins warmly and offers his hand, as a sleeve of tattoos peeks out from beneath his freshly pressed suit where a small “Homeboy Industries” pin is placed neatly on the lapel.

Osuna is a former gang member and the director of external affairs at Homeboy Industries, a gang intervention program. His job entails frequent visits to Washington, D.C., to meet with Congressional staff and advocate for legislative policies supporting the organization’s mission: to help former gang members redirect their lives and become contributing members of their families and communities. 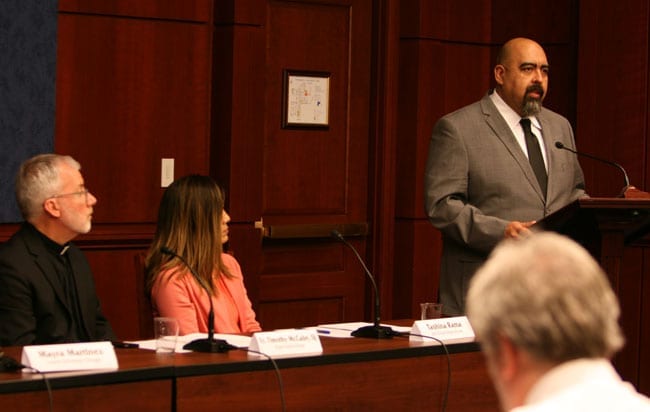 Osuna spoke at a Capitol Hill briefing in March.

Homeboy Industries was founded by Father Greg Boyle, SJ, in 1988 to provide employment and education opportunities for youth in Los Angeles. Now in its 29th year, Homeboy is the largest and most successful gang intervention, rehabilitation and reentry program in the world. Osuna is a testament to its success.

The organization serves over 1,200 “homies” each year, offering an array of programs and services. To give homies an income and work experience, Homeboy Industries runs several enterprises, including a bakery, a café, a silkscreen and embroidery business, a catering company and even a diner at Los Angeles City Hall. These are staffed by former gang members — often placing homies from rival gangs side-by-side on the assembly line. 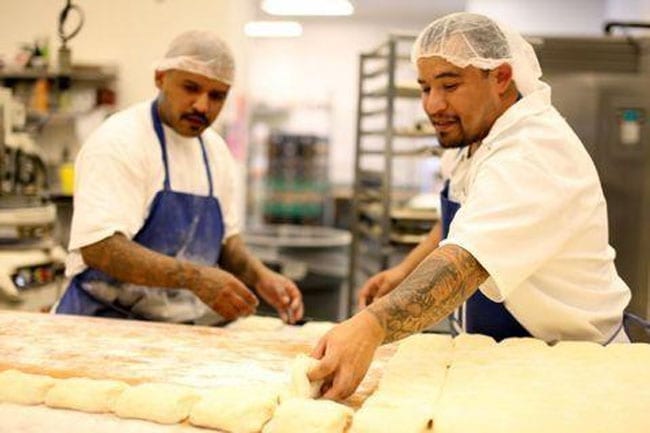 The Homeboy Bakery is just one of the social enterprises that Homeboy Industries runs.

This can, predictably, cause friction, but it’s part of Homeboy’s rehabilitation process to learn to love your enemy. “The one thing we ask is that you don’t kill each other here,” Osuna says. “That’s the core principle that we stand on: kinship.”

In addition to its business enterprises, Homeboy Industries offers services such as tattoo removal, a GED program and legal and mental health services. The core program is an 18-month plan engaging those who have recently left the gang world — creating an individualized strategy for case management, putting the gang member on payroll and offering support services and job training. 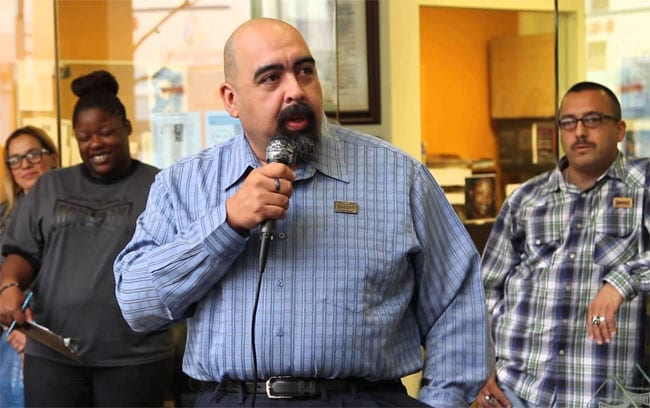 Osuna entered this program in 2009 after 25 years in a gang and 13 years in prison. “When I decided to change my life, I was so grateful that there was a place for me, and there was a man named Gregory Boyle,” Osuna says.

After completing the core program at Homeboy, Osuna became a student in the solar panel training and certification program and was then promoted to serve as the program’s leader. After three years, he assumed the role of director of employment services for two years. He has now spent the past two years in his current position as director of external affairs. Given his record, Osuna recognizes that this kind of career trajectory would be nearly impossible outside of Homeboy Industries. 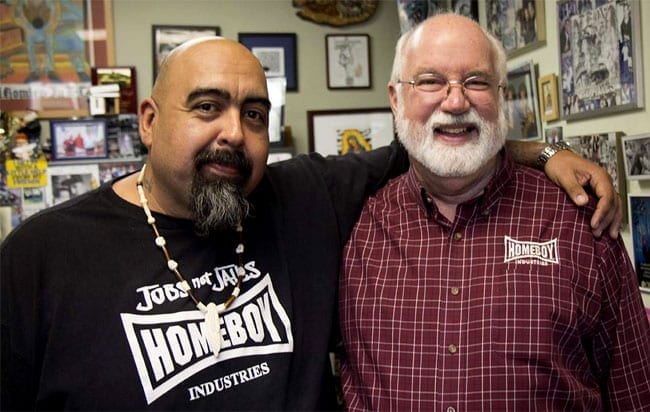 “Any of the jobs I’ve had at Homeboy, I probably wouldn’t get anywhere outside of Homeboy. And that’s my reality,” Osuna says.But it’s a reality he is working tirelessly to alter. One of the policy changes Osuna advocates for is Ban the Box, a local and national campaign for employers to remove the box from hiring applications asking if applicants have a criminal record. Nationwide, it has passed in 26 states and more than 150 cities. In December 2016, L.A. enacted the ordinance, called the “Fair Chance Initiative,” making it the largest city in the U.S. to ban the box. 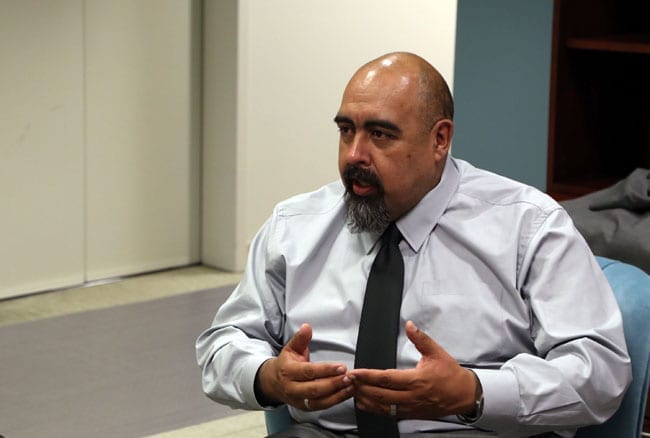 “People should be judged on their merit, their skill and what they’re doing today, not something in the past,” Osuna says. “I believe in redemption and forgiveness, and we want to push that on the rest of the world.”

In his effort to advocate for this and other policy changes, Osuna feels his history as a gang member and as a Homeboy Industries success story makes his advocacy work more effective — even if people are hesitant to accept him at first.

“It’s rare to see the person that doesn’t shift, that doesn’t see past the shaved head and tattoos eventually after I open my mouth and start telling my story.”

Osuna recalls a visit to the Department of Labor, where he experienced this change in perception in a room full of veterans. Initially, the room was tense and he admittedly felt intimidated, but once he began talking about Homeboy Industries, Osuna saw the shift.

Osuna hopes Congress will continue to make resources available to those who have been incarcerated.“

I was able to tell them my story and they were able to see me as the human being I am, and then they allowed me to see them for the human beings they are,” says Osuna. “And they relaxed and became a lot more intimate and a lot more real, and it became about just human beings at the table — not titles and roles.”

That is what Homeboy Industries — what Fr. Boyle — does for the men and women who seek its services. It levels the playing field, strips people of their labels, and offers a fresh start by giving people the opportunity to become “just human beings at the table.” 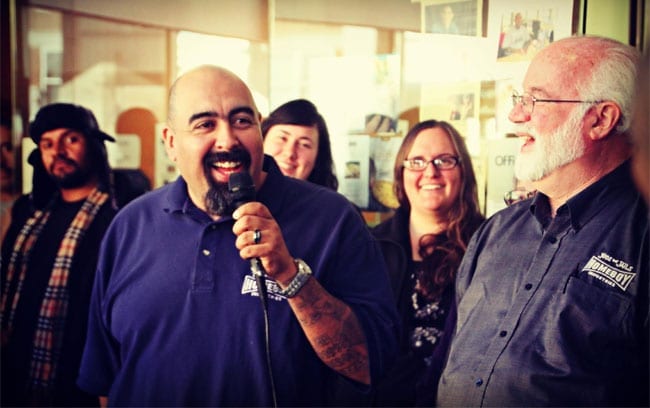 “This is what can happen when you give people an opportunity,” Osuna says, gesturing to himself. “For me, that’s all the proof I need that change is possible.”