Ordinations in the Coronavirus Era

July 14, 2020 — After four ordinations went off without a hitch last week, Fr. Scott Santarosa, SJ, provincial of the Jesuits West Province, had reason to be hopeful. There was only one ordination liturgy left this summer, the one that would conclude nearly a dozen years of preparation for Greg Celio, SJ, and Justin Claravall, SJ. 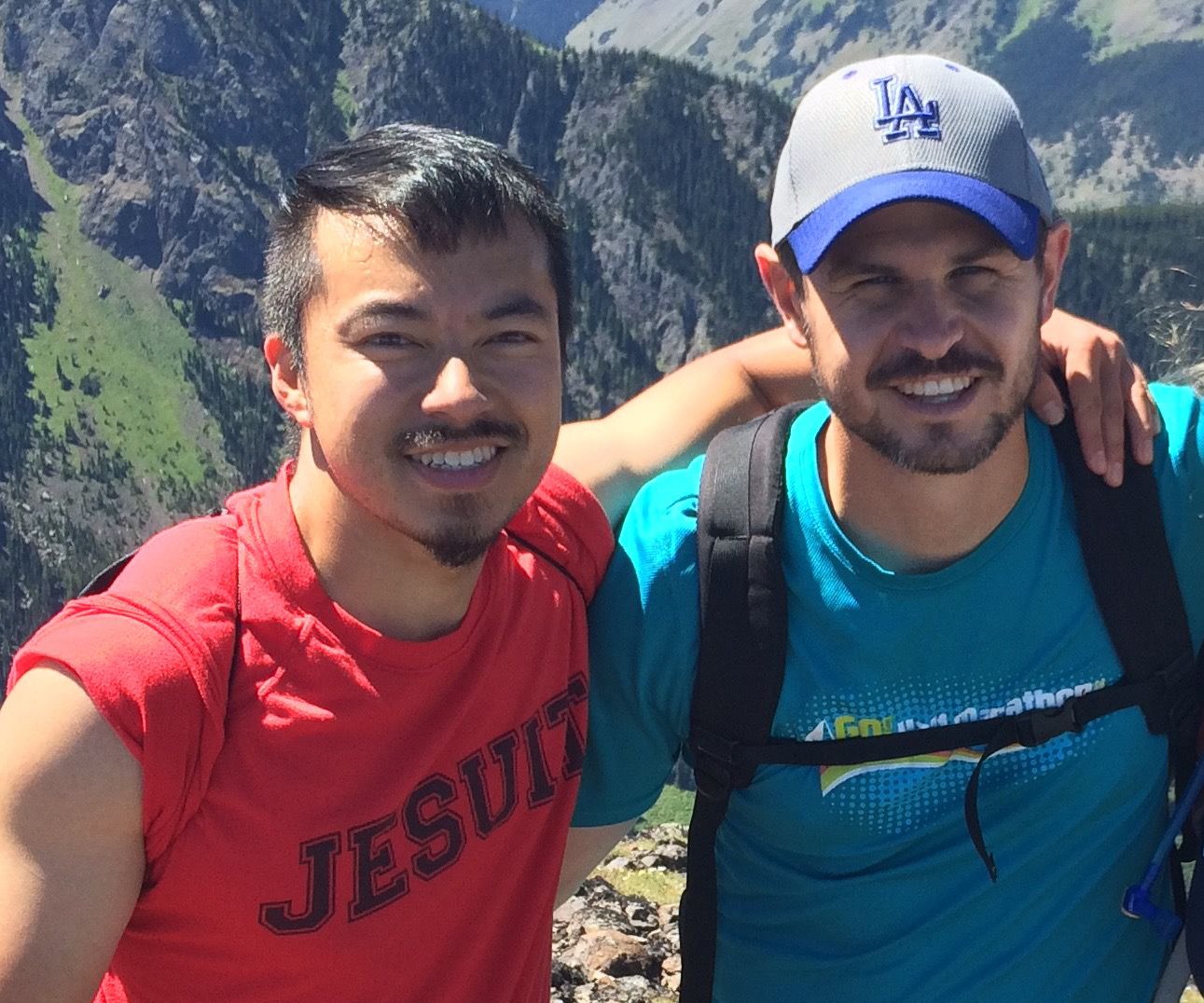 Greg and Justin were originally supposed to be ordained with four of their Jesuit brothers before upwards of 1,000 family members and friends in June. But with those plans upended because of the coronavirus, Fr. Santarosa and his team had to be creative. Respecting local ordinances governing the number of attendees at religious services, they devised a way for all six Jesuits to be ordained at five Masses this month. 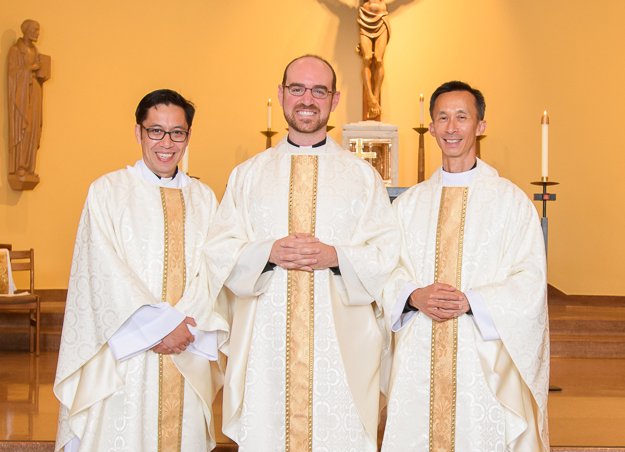 The three ordinations in Portland went off without a hitch. So did the one in Sacramento. As Fr. Santarosa drove south to Los Angeles for the last ordination scheduled tomorrow at Blessed Sacrament Church in Hollywood, he received word that the Governor of California had ordered a major reopening rollback, including the suspension of indoor church services. The ordination of Greg Celio and Justin Claravall was, once again, in limbo.

But when one door closes, another opens. The Archbishop of Los Angeles said that while indoor Masses were not allowed, outdoor Masses were permitted. Within a matter of hours, Greg and Justin’s ordination was moved to the plaza of Dolores Mission Church, a Jesuit parish serving those at the margins in the Boyle Heights neighborhood of East Los Angeles. 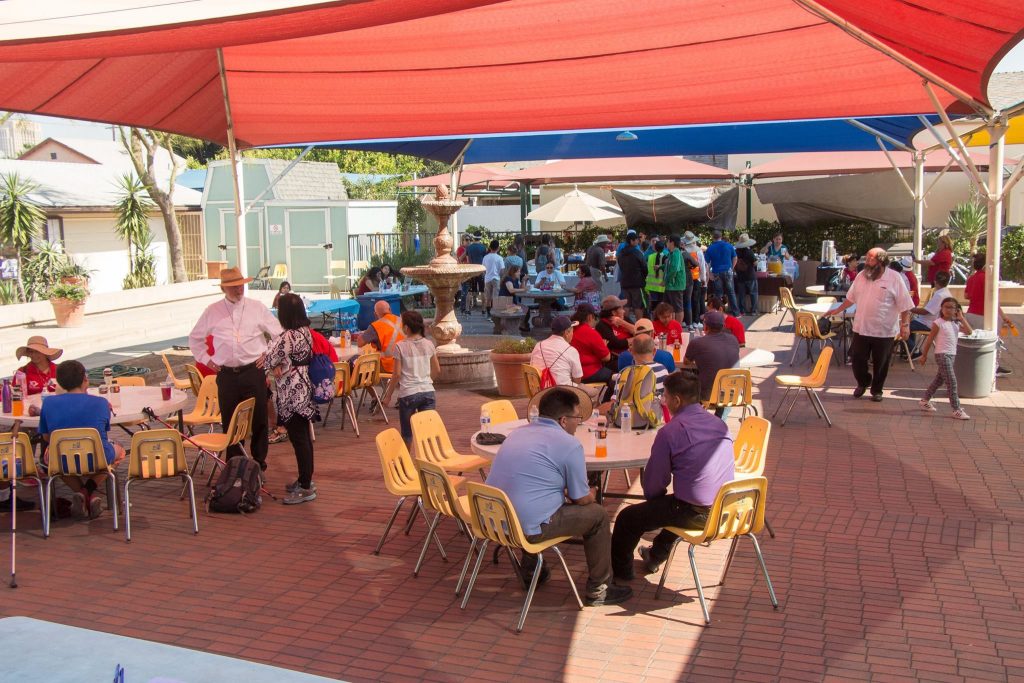 The plaza at Dolores Mission Church in East Los Angeles

“Dolores Mission is a special place where Jesuits get to walk with people who are God’s poor,” says Fr. Santarosa. “These are the same people who are exceedingly generous because they help teach us who Jesus is and how he rises from difficult circumstances. As Greg and Justin lay prostrate on the plaza, which is basically the living room of the homeless men and women who stay at Dolores Mission, and give themselves over to God, it will be exceedingly meaningful. Once again, the poor come to rescue us.”

The change of location is even more significant for Justin Claravall, who will begin his ministerial life as a priest at Dolores Mission. Speaking of Justin and the five other Jesuits being ordained this summer, Fr. Santarosa calls them “special men.” 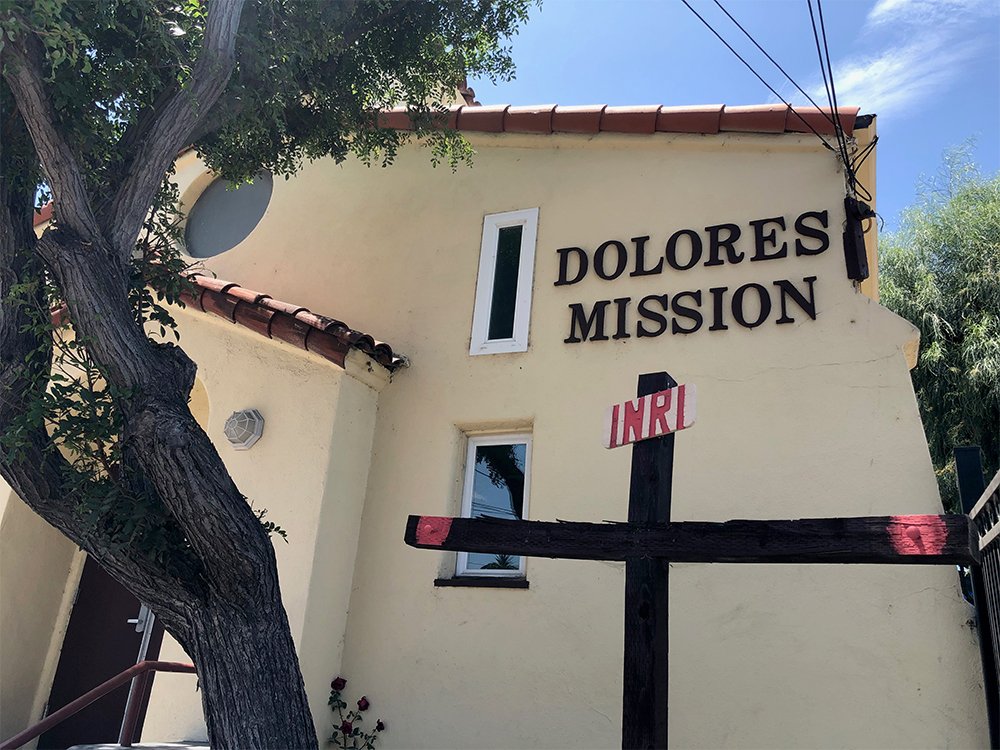 He is grateful for this “moment of consolation” during deeply troubling times. While it is not the same large celebration with a church packed with family, friends and fellow Jesuits, ordination, says Fr. Santarosa, is about service. “Their very ordination ceremony in a real way embodies the kind of stark service we hope to give with our lives.”

Although he worried that the coronavirus would continue to sideline the Province’s final ordination of 2020, Fr. Santarosa also said that he felt like the Spirit was not going to let this moment pass. “I’m just glad that they’re ready on the bench, ready to go in the game and not still back in the locker room.”

Fr. Justin Claravall, SJ: Praying during the Pandemic
Fr. Justin Claravall, SJ, associate pastor at Dolores Mission Church in Los Angeles, recently celebrated the first anniversary of his ordination to the priesthood. The milestone led him to reflect on what it has meant to live out his vocation during this time of pandemic—and how God is inviting him to pray with the present moment. The brief reflection and video retreats are the fruits of that prayer.
Story
The Joyful Ordination of Five Members of Jesuits West Province
On June 12, 2021, five members of the Jesuits West Province were ordained to the priesthood.
Story
A Heartfelt Tribute Threaded with Love
Cinco de Mayo, May 5, was an exceptionally beautiful day at the Jesuit West Province’s retirement/health care center in Los Gatos, California. The Jesuits there were in a festive mood. Covid-19 had robbed these men of eight of their brother Jesuits, and after months of mourning, isolating and social distancing, it felt good to sit in the sunshine to celebrate something.
Story