Pope Francis to Celebrate 400th Anniversary of the Canonizations of Sts. Ignatius and Francis Xavier with Mass in Rome March 12, 2022, will mark the 400th anniversary of the canonizations of St. Ignatius Loyola and St. Francis Xavier. To celebrate the occasion, Pope Francis will preside over an anniversary Mass at the Church of the Gesù in Rome, which will be livestreamed at 8 a.m. PST.

The Mass will be held, fittingly, at the Church of the Gesù, the mother church of the Society of Jesus. Consecrated in 1584, it served as the model for numerous churches of the Society around the world. The largest of the Gesù’s chapels houses the tomb of Ignatius. The church also has a relic of St. Francis Xavier’s lower right arm and hand. This is the arm with which it is believed he baptized somewhere around 30,000 people in the course of the years he spent as a missionary in Asia.

March 12 is also the 400th anniversary of the canonizations of Teresa of Ávila, Isidore the Farmer and Philip Neri, who were made saints alongside the two Jesuits by Pope Gregory XV that day. 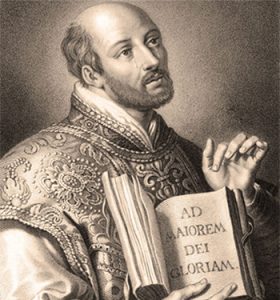 St. Ignatius of Loyola (1491–1556), co-founder—with six companions—of the Jesuits and its first leader, is considered the patron saint of the Basque provinces of Gipuzkoa and Biscay, the Society of Jesus, spiritual retreats and soldiers.

Born to a family of minor nobility in northern Spain, he went on to become a soldier and was wounded in the Battle of Pamplona. While recuperating, he experienced a conversion—his “cannonball moment.”

Ignatius became an expert in the art of spiritual direction and wrote the Spiritual Exercises, one of the most influential books on the spiritual life ever written. He served as the first Superior General of the Society of Jesus from 1541 until his death. 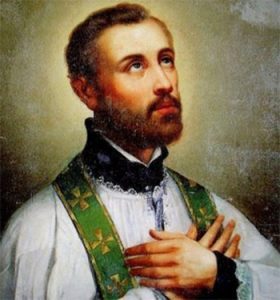 St. Francis Xavier (1506–1552) completed a stunning amount of missionary work in just 10 years. Patron of the Propagation of the Faith, of missions, and of his native Navarre, Spain, he is the only one of the first companions of St. Ignatius to have left Europe, and he has inspired a multitude of missionary vocations.

Like Ignatius, Francis was from a Basque noble family and had aspired to a worldly career earlier in life. By the time they met, Ignatius had experienced his conversion and encouraged Francis to look at his life differently. They were ordained priests together in 1537.

When, in 1541, King John of Portugal asked Ignatius for priests to send to the missions in India, it likely pained Ignatius to send his close friend Francis. But, true to his principle of detachment from anything that could interfere with bringing greater glory to God and helping souls, he sent his companion.

Francis is known for being flexible. While he left Europe sure of himself and his aims, he gradually recognized the value of other traditions. Francis learned the languages and adopted the Indigenous dress of those he served, and he is considered to have developed a deep sense of cross-cultural understanding for his time. 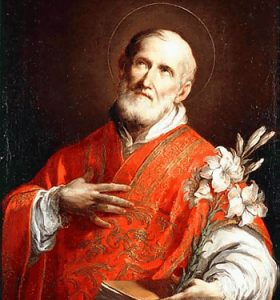 Ignatius and Francis were not the only friends canonized on that spring day in 1622. Considered the re-evangelizer of Rome in his time, St. Philip Neri (1515–1595) is now patron of the city, as well as the U.S. Army Special Forces.

Thanks to Philip’s appealing nature, he enjoyed friendships among people from all societal levels, including Ignatius. Many of his disciples found their vocations in the infant Society of Jesus, and Philip’s confessor was a Jesuit. Influenced by his friend Francis Xavier, Philip considered going to India as a missionary, but others convinced him of the abundant work to be done in Rome.

Philip is most known for founding the Congregation of the Oratory, a community that held meetings in a hall (oratory) to pray, sing hymns, read Scripture and study religious questions. Today, the Oratorians are a pontifical society of apostolic life of priests and lay brothers who live in community. 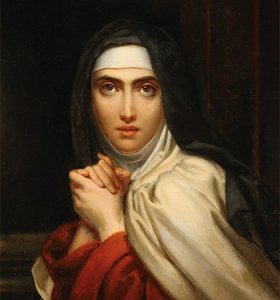 St. Teresa of Ávila (1515–1582) was born in Ávila, Spain, and entered the Carmelite Monastery in 1535. According to the Teresian Sisters website, she “longed for a deeper relationship with God, but due to the laxity of convent life in those days, she struggled [with worldliness].”

About 20 years later, Teresa experienced a mystical vision—like those recorded by Ignatius and Philip—that would mark the rest of her life. Coming upon a statue of the wounded Christ, she was suddenly and intensely moved by what Christ had suffered and what she felt was her lack of gratitude.

As a result of her conversion, Teresa set about reforming the Carmelite order, establishing convents throughout Spain. Thus, she became the founder of the Discalced Carmelites. Teresa wrote extensively about her remarkable pathway to and communion with God. Encouraging continual conversion, Teresa described prayer as “being on terms of friendship with God.”

In 1970, Pope Paul VI named Teresa a Doctor of the Church, the first woman ever to be recognized as such. She is also the patron saint of writers and of Spain. 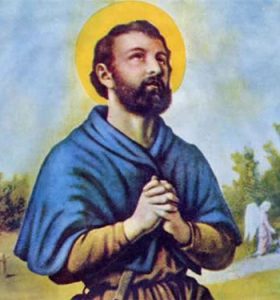 Living long before the other four people he was canonized with was St. Isidore the Farmer (1070–1130). The patron of Madrid, rural communities and laborers, and the United States National Rural Life Conference, Isidore was born in Madrid and worked for the same landowner in a neighboring town his whole life.

Just as Ignatius exhorted us to look at the world in an incarnational way—to find God in all things—Isidore had great concern for the land and proper treatment of animals.

Known as a modest person and devout Christian, this poor field laborer (known in Spanish as San Isidro Labrador) upheld the dignity of work and demonstrated how an ordinary life without worldly status can lead to holiness. He rose early every day for Mass, but he also prayed continually while he worked in the fields. He and his wife María de la Cabeza, who is also a saint, were known for their piety, hard work and concern for the poor.

Watch the livestream of the Mass on March 12 at 8 a.m. PST at ignatius500.global/live.

Celebrating the Ignatian Year
The Society of Jesus worldwide will celebrate an Ignatian Year from 2021-2022, beginning May 20, 2021, exactly 500 years after St. Ignatius was wounded by a cannonball during the Battle of Pamplona. During his long convalescence following the injury, Ignatius converted to a life of holiness.
Story
Jesuits West Celebrates 2020 First Vows
With gratitude and praise to the Lord, the United States West Province of the Society of Jesus joyfully announces that our brothers, Brett Stephen Helbling, SJ, Travis Dean Neuman, SJ, Alexander Francis Phan, SJ, Collin Martin Price, SJ, and Nicholas Alexander Russell, SJ, will profess perpetual vows of poverty, chastity and obedience for the greater glory of God.
Events, News
Pope Francis: Celebrating 50 Years of a Priestly Vocation
December 13, 2019 — Today Pope Francis celebrates the 50th anniversary of his ordination to the priesthood — a ministry he sees as being a shepherd who walks with his flock and yearns to find those who are lost.
News