Jesuit Father Joseph A. Cavanagh, 81, died at Murray-Weigel Hall in the Bronx, N.Y., on Sept. 15, 2013. Born on Oct. 29, 1931, to Joseph and Anna (Quinn) Cavanagh, he attended Xavier High School (1945-49) and then was admitted into the Society of Jesus, entering the novitiate on Aug. 14, 1949 at St. Andrew-on-Hudson in Poughkeepsie, N.Y. After his first vows on August 15, 1951, he traveled north for two years of collegiate/philosophy studies at Bellarmine College in Plattsburgh, N.Y. Fr. Cavanagh completed his study of philosophy at Loyola Seminary in Shrub Oak, N.Y, receiving his bachelor’s degree in June 1955.

Having entered the Jesuits with a strong desire for the missions, he was assigned for his regency to Xavier High School in Chuuk in the Caroline Islands. For three years (1956-59) he taught Latin, science and math and coached baseball and other sports. Returning to the U.S. mainland, he studied theology at Woodstock College in Maryland from 1959-63, where he received a Bachelor of Sacred Theology degree in June 1963. He was ordained a priest at Fordham University Church on June 21, 1962, by Cardinal Spellman.

In 1964 he returned to the Pacific Islands and the people he loved, beginning with language studies and parish work on the island of Pohnpei. He served as pastor, retreat director, teacher and trainer of deacons, catechists and lay leaders. From 1986 to 1995 he was Director of PATS (Ponape Agricultural and Trade School) in Pohnpei, FM (Federated States of Micronesia).

For almost 50 years he was committed to the growth and development of the church and civil society in Micronesia in administrative positions and in the classroom; as a village pastor and retreat director; and through weekly radio broadcasts and the production of videos. His constant goal was the creation of a church that was truly Micronesian.

In 2011 he returned to New York and took up his assignment at Murray-Weigel Hall. There he continued to give spiritual direction and direct retreats until a stroke made this impossible. Always on mission, one friend described Fr. Cavanagh simply as “a great man, a great Jesuit, a great missionary.” He is survived by his brother Denis and Denis’ wife and children. 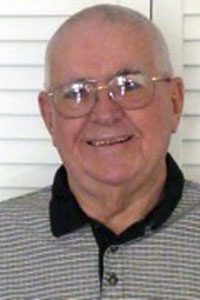