August 10, 2020 — Father Thomas M. McCarthy, SJ, teacher, pastor, and Jesuit administrator in the Pacific Northwest, died August 1, 2020, in San Jose, California, after a brief illness at the age of 89 years and 71 years of Jesuit ministry.

Thomas McCarthy was born January 19, 1931 in the railroad town of Jamestown, ND, the sixth son of William McCarthy and Clare (Tracy) McCarthy. The family moved to Portland, OR and Tom graduated from Central Catholic High School and entered the Jesuit novitiate in Sheridan, OR in 1949 to study for the Jesuit priesthood. Following a stint at teaching history at Seattle Prep, 1956-59, he did his theological studies at Alma College in California. Ordained in Spokane in 1962, he was assigned to Bellarmine Prep, Tacoma, as spiritual director and senior religion counselor, 1964-71. He later taught contemporary problems at Jesuit High School, Portland, 1971-76, and in the Continuing Religious Education Program at Gonzaga University, 1977-79.

Fr. Tom also served in administrative posts for the Oregon Jesuit Province, first as Provincial Assistant for Pastoral Ministry, 1980-83, and in charge of Jesuits individually missioned or in health care, 1983-89.

Fr. Tom served as pastor in two parishes in Oregon: Holy Redeemer Church, in La Pine, 1990-93, and St. Francis Church, Sherwood, 1993-2012, where he became a beloved pastor, known for his love of the “Peanuts” characters (who would somehow find their way into his homilies),  who built the parish school and served the community well. In his later years in Portland, he served as a pastoral minister visiting the sick and administering the sacraments to those home-bound or in retirement homes. When he could no longer drive, a quick call to Uber would get him to where he needed to go. In June of this year, he moved to Sacred Heart Jesuit Center, Los Gatos, CA, for a ministry of prayer. He was taken to a local hospital early Saturday morning, August 1, where he died that evening.

Among his other gifts, Fr. Tom had a strong bass voice and during his early years as a Jesuit, joined with three of his classmates in a quartet, singing both religious and popular songs, eventually making a recording as “The Four Fathers.”

He is survived by his sister, Mary Fahlman, of Portland, and brothers John, of Portland, Robert, of Kansas City, KS, and Donald, of Winnipeg, Canada, as well as nieces and nephews.  He was predeceased by his brothers, Kevin and William, and a sister, Margaret.

Due to Covid-19 restrictions, a private funeral service will be held at the Jesuit community in Spokane. Memorial Masses were offered at St. Francis Church on August 8 and at Sacred Heart Jesuit Center, Los Gatos. Burial will be at the Jesuit Cemetery in Spokane.

Donations in memory of Father McCarthy may be made to the Jesuits West Province of the Society of Jesus, P.O. Box 68, Los Gatos, CA 95031, or to a charity of your choosing. 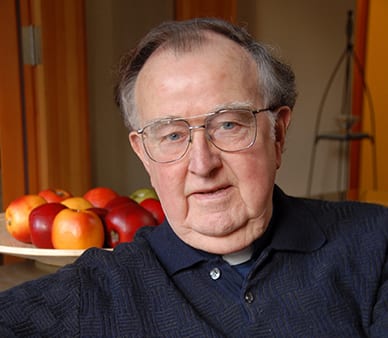