Father J. Patrick Stewart, SJ, high school and university administrator, teacher, and pastor in the Pacific Northwest, died April 27, 2022, at Sacred Heart Jesuit Center in Los Gatos, California. He was 92 years old, a member of the Jesuit order for 73 years and a priest for 60 years.

John Patrick Stewart (he always went by Pat or Patrick) was born in Washington, D.C., September 27, 1929, the son of Major-General George Craig Stewart and Eugenia E. (Ryan) Stewart. As part of a military family, he moved often and attended schools in South Carolina, Georgia, Kansas, Hawaii and Washington, D.C. He graduated from the Jesuits’ Campion High School in Prairie du Chien, Wisconsin, and entered the novitiate at Sheridan, Oregon on September 7, 1948. After philosophy studies at Gonzaga University and theology studies at Regis College in Toronto, Canada, he was ordained a priest on June 18, 1961.

Fr. Stewart’s ministry encompassed secondary and higher education, parishes, and Jesuit province and community positions. At Gonzaga Preparatory School in Spokane, Washington, he taught religion and history (1963-1970) and served as president (1976-1982). At Loyola High School in Missoula, Montana, he was a teacher (1955-1958, 1970-1975) and principal (1970-1974). He also held administrative posts at Gonzaga University as assistant dean of arts and sciences (1975-1976) and associate director of the student academic center (1994-1999).

Fr. Stewart was pastor of St. Jude’s Church in Havre, Montana (1989-1994) and later did pastoral ministry in Spokane (2011-2015). From 1999 to 2011, he was an associate director of development for the Oregon Province in Portland. In 2015, he came to Jesuit Center in Los Gatos for a ministry of prayer and community presence. Up until recent weeks, he took an active part in community affairs and enjoyed preparing hors d’oeuvres for special occasions.

The Mass of Christian Burial will take place on Friday, May 6, 2022, at 11:15 a.m. at Sacred Heart Jesuit Center. Due to COVID restrictions, the funeral will be available livestreamed. For the link, go to www.jesuitswest.org/in-memoriam. Inurnment will be in Spokane at a later date.

Donations in memory of Fr. Stewart may be made to the Jesuits West Province of the Society of Jesus, P.O. Box 68, Los Gatos, CA 95031, or to a charity of your choosing. 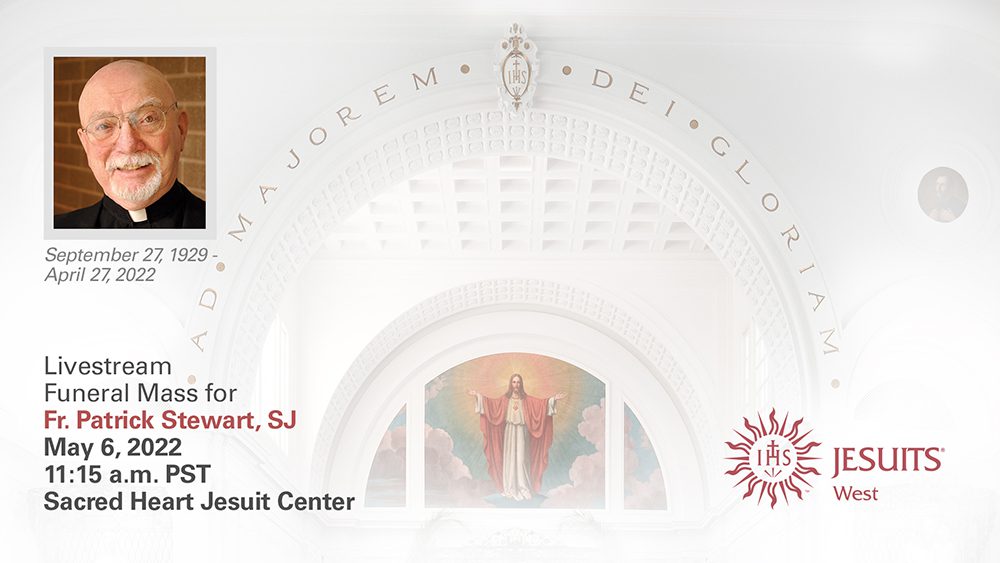 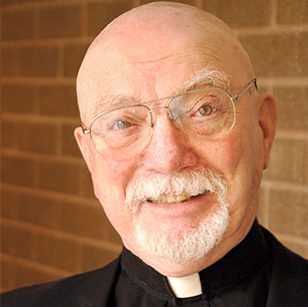