Celebrating the Life of Fr. Adolfo Nicolás, SJ, 30th Superior General of the Society of Jesus

Jesuits mourn the passing of former Superior General, who was “a man of grace and wisdom, simple, unpretentious, dedicated”

May 20, 2020 — Fr. Adolfo Nicolás, SJ, 30th Superior General of the Society of Jesus, died May 20, 2020, in Tokyo, Japan. Fr. Nicolás, 84, was a member of the Jesuit community of Loyola House in Kamishakujii and had been ill for a number of years. He is deeply mourned by the Jesuits of Japan and Asia Pacific, his family and friends in Spain, and by Jesuits and friends around the world. 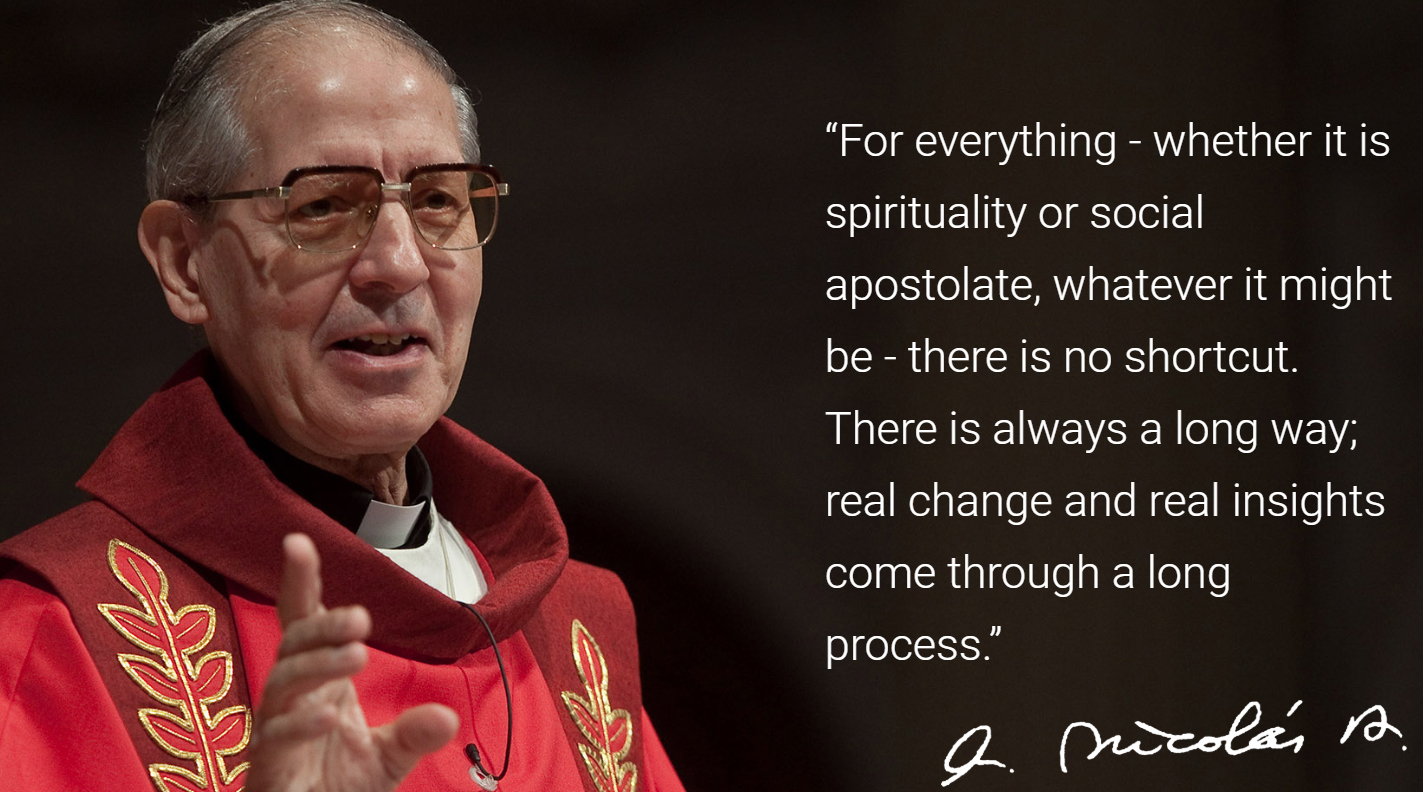 “I offer my sincere condolences to the Jesuit Province of Japan, to Fr. Nicolas’ family, to the Jesuits in Spain and the Philippines and to his many friends all around the world,” said Fr. Arturo Sosa, SJ, current Superior General. “Fr. Nicolás gave of himself throughout his life. It was a life marked by intense service, calm availability and a deep ability to inculturate in Japan, where he went as a young Jesuit. It was a culture he loved dearly and to which he committed himself.”

Fr. Sosa said that Fr. Nicolás’ time as Superior General was marked “by his sense of humor, his courage, his humility and his close relationship with Pope Francis. All of us here at the Jesuit General Curia mourn him and a special Mass will be offered here in Rome as soon as we can organize it. Because of travel restrictions just now, I cannot travel to Japan for the funeral but I assure all his many friends there of my closeness, my compassion and my condolences.”

All who worked with Fr. Nicolás in the General Curia appreciated his presence during his time as Father General. “He will be greatly mourned throughout the Society as a wise, humble and dedicated Jesuit, a man of grace and wisdom, simple, unpretentious,” said Fr Sosa.

His strong relationship with Pope Benedict and his close bonds with Pope Francis helped the Society move into an unprecedented phase — the first Jesuit pope in the Catholic Church’s history. 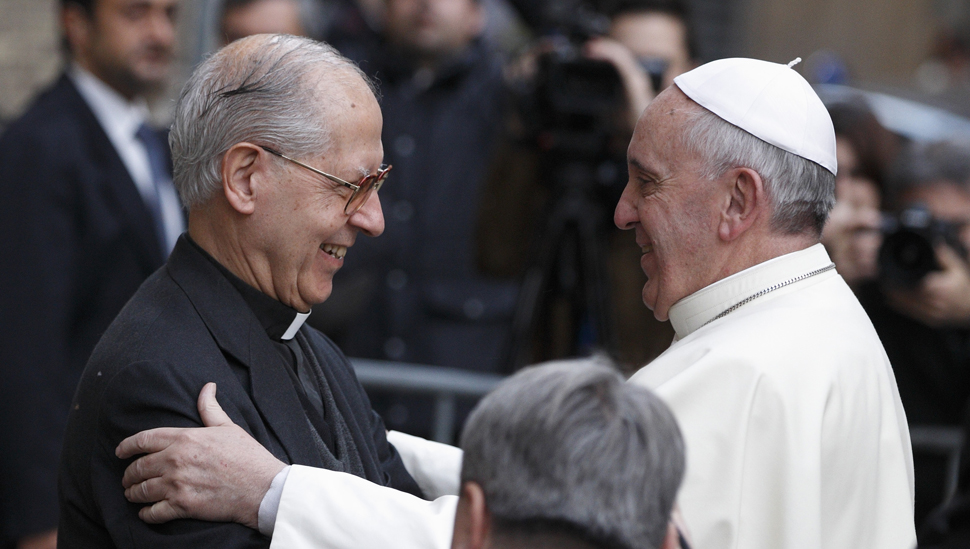 Pope Francis greeted Fr. Nicolás as he arrived to celebrate Mass at the Church of the Gesu in Rome Jan. 3, 2014. (CNS photo/Paul Haring)

“The Society was founded to serve the Lord alone and the Church his spouse under the Roman pontiff,” said Fr. Sosa. “Fr. Nicolás helped the Society to live in a concrete way this dimension so characteristic of our charism. It was a relationship of availability to the Holy Father which was also full of sincere affection.”

Fr. Nicolás was born on April 29, 1936, in Palencia, Spain. His parents were Adolfo Nicolás Rico and Modesta Pachón. The political corruption of that time in Spain forced his family to leave the region and to move often, and Fr. Nicolás spent a large part of his childhood in Barcelona. After thinking about a career in education as a member of a congregation of brothers, he was put in contact with the Jesuits by his brother, and he attended a Jesuit school in Madrid. 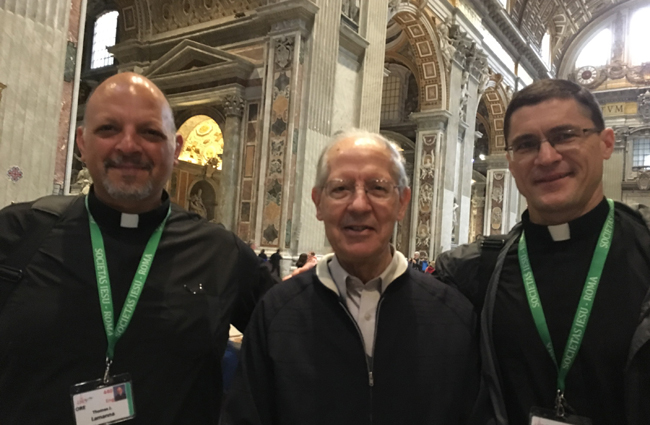 He entered the novitiate in September 1953 in Aranjuez, Spain. During his philosophy studies, he responded to a call from the then-Superior General, Fr. Jean-Baptiste Janssens, SJ, who invited Jesuits to volunteer for missions abroad, which was the origin of Fr. Nicolás’ vocation as a missionary in Japan.

From left: Fr. Nicolás as a Jesuit scholastic in formation; newly ordained in 1967; and with a fellow Jesuit at the Jesuit Theologate in Tokyo.

He studied philosophy in Spain and then went to Japan both to learn the language and complete his regency. Fr. Nicolás continued his theological studies in Tokyo where he was ordained a priest on March 17, 1967. He then completed a master’s degree in Sacred Theology at the Gregorian University in Rome and was professor of systematic theology at Sophia University in Tokyo. 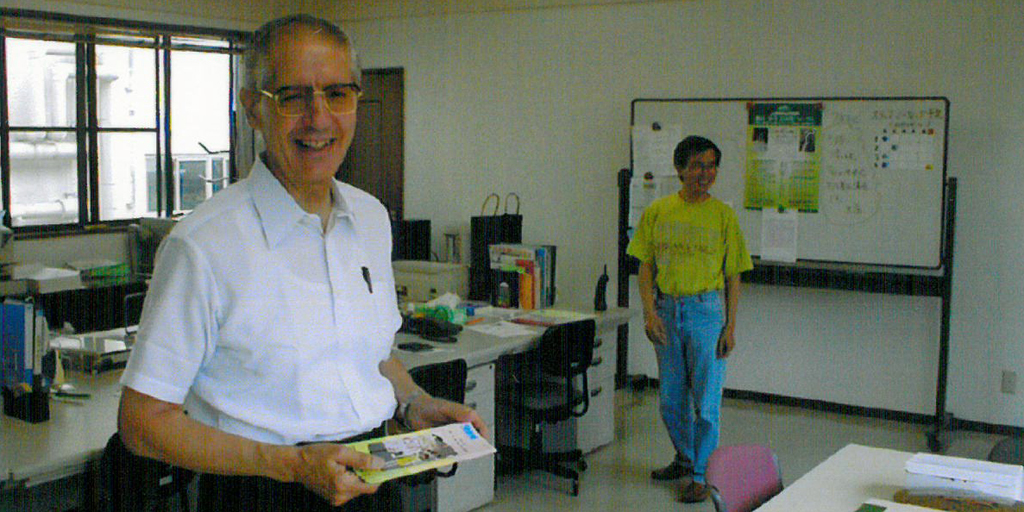 Fr. Nicolás while he was provincial of the Japan Province.

From 1978 until 1984, he served as director of the East Asian Pastoral Institute in Manila, Philippines. After years of service there, he returned to Japan and was rector of the scholasticate in Tokyo from 1991 to 1993. 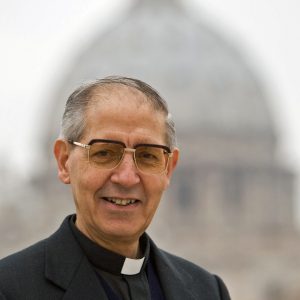 Fr. Nicolás was then appointed provincial of Japan, a position he held until 1999. In 1995, he participated in the 34th General Congregation of the Society of Jesus; at the beginning of the gathering, he was elected secretary of the Congregation. From 2004 to 2007, he served as moderator of the Jesuit Conference of East Asia and Oceania, a position he held until he was elected Superior General on January 19, 2008, during the 35th General Congregation.

Fr. Nicolás served as Superior General until his health no longer allowed him to carry out his mission. He convened the 36th General Congregation and offered his resignation on October 3, 2016. After accepting it, the Congregation elected his successor, the current Superior General, Fr. Sosa. 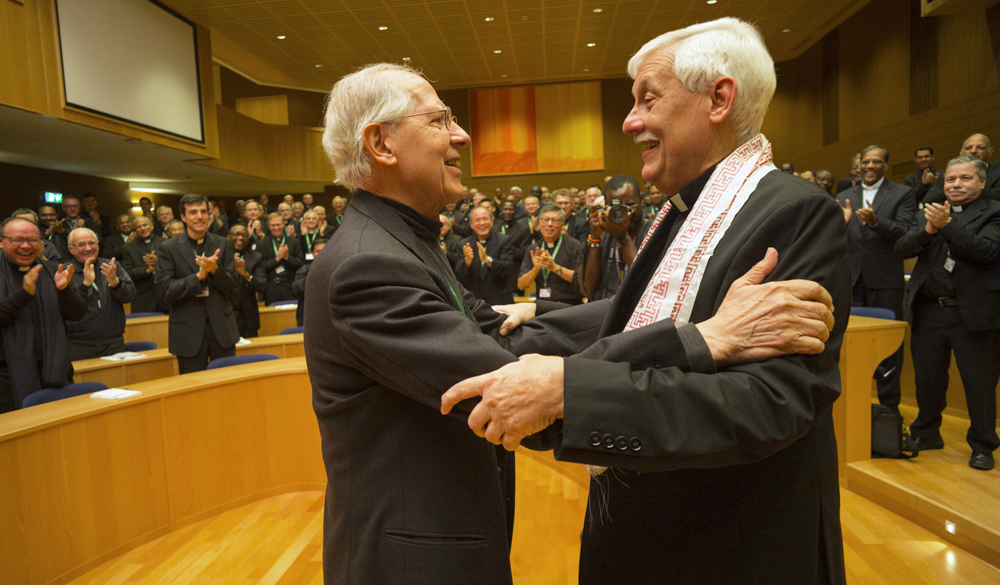