August 3, 2020 — Homeboy Industries has been selected as the recipient of the 2020 Conrad N. Hilton Humanitarian Prize and will receive a $2.5 million dollar award. Fr. Greg Boyle, SJ, founder and executive director of Homeboy Industries, the largest gang rehabilitation and re-entry program in the world, said, “All of us at Homeboy Industries are profoundly humbled by the Hilton Foundation’s recognition. Their validation of our work of 32 years strengthens our resolve to create a community of kinship and healing in Los Angeles. This acknowledgment helps us all to move past ‘survival of the fittest’ and allow the thriving of the nurtured.” 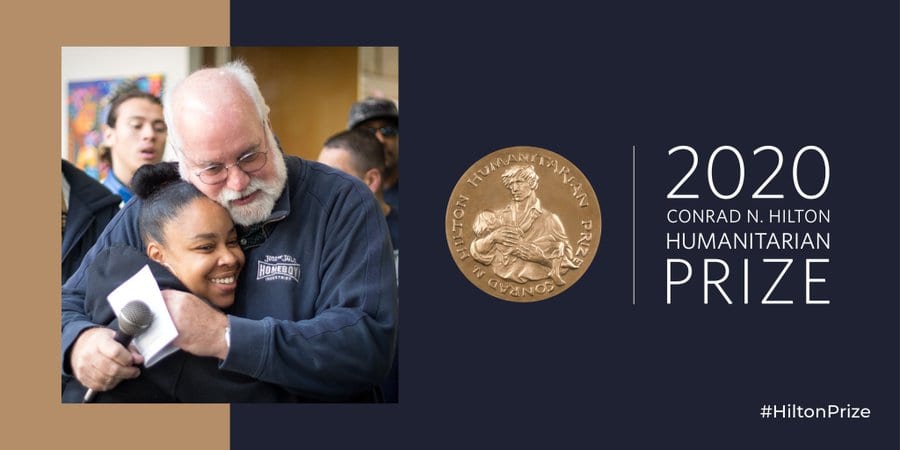 Inaugurated in 1996 as a tribute to Conrad N. Hilton’s lifetime of international humanitarian efforts, the prize is the world’s largest annual award presented to a nonprofit organization judged to have made extraordinary contributions toward alleviating human suffering.

Peter Laugharn, president and CEO of the Conrad N. Hilton Foundation, said that Homeboy is “a tremendous example of ground-breaking humanitarian work right here in Los Angeles, its community-led approach has spawned and supported a global network of over 300 organizations. Homeboy Industries embodies the spirit of the Prize and the work of the Foundation — focusing on equity, resilience and dignity — in an inspiring way.” 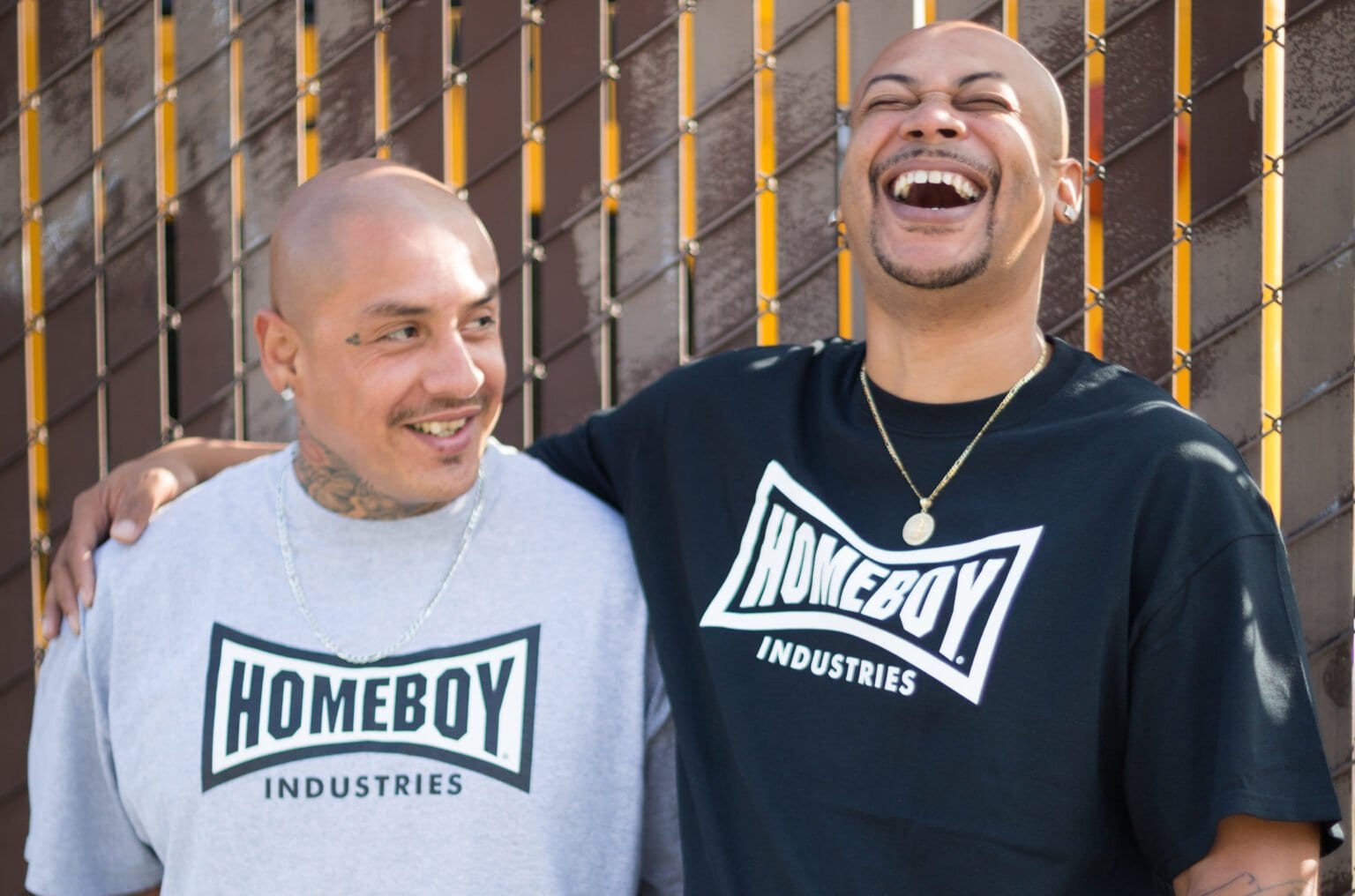 Founded in 1988 by Fr. Boyle, Homeboy Industries was formed with the goal of improving the lives of former gang members in East Los Angeles. Today, Homeboy Industries has evolved into the world’s largest gang intervention, rehab and re-entry program and is dedicated to providing hope, training and support to individuals, which in turn makes a positive impact in those individuals’ families and communities.

“Homeboy Industries is in the business of second chances, helping thousands of Angelenos — including survivors of mass incarceration and systemic racism — find meaningful healing, job training, and community,” said Los Angeles mayor Eric Garcetti. “I applaud the Hilton Foundation for recognizing Homeboy Industries’ transformative work in Los Angeles and around the world, and I extend my warmest congratulations to Father Boyle and the entire Homeboy family.”

Homeboy Industries plans to use the prize money to expand its mission, which will include constructing a new supportive housing facility, creating new social enterprises and launching a juvenile re-entry center. [Sources: Hilton Foundation, Homeboy Industries]