June 16, 2020 — On June 9 and 10, for two hours each evening, Jesuit ministries in Seattle, Spokane and Tacoma, Washington, hosted a virtual prayer vigil calling for support of and financial relief for undocumented workers in Washington State during COVID-19. The vigils follow on the heels of a letter released by Jesuit ministries last month calling on Washington Governor Inslee to take urgent action to create a fund for workers left out of federal COVID-19 relief. This effort was initially promoted by the Washington Immigrant Solidarity Network (WAISN) in a letter to the governor and legislative leaders, signed by over 430 organizations across Washington including several Jesuit organizations. 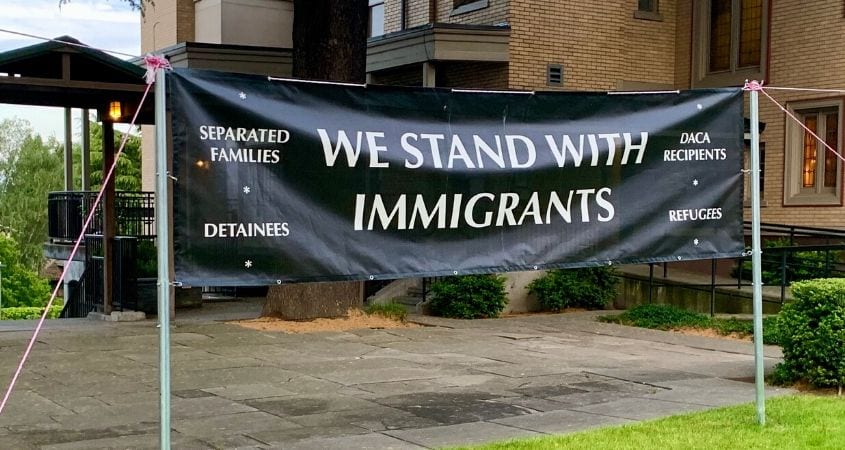 Banner in front of the St. Joseph Parish Center in Seattle.

On the first night of the vigil, with an audience of over 200 people on social media, ordained clergy and members of Sacred Heart Parish in Tacoma presented the vigil in the Hispanic tradition. The vigil included adoration, reflections, witness statements from undocumented workers and hymns, ending with the recitation of the Rosary.

Fr. Elias Puentes, SJ, of St. Leo and Sacred Heart, Jesuit parishes in Tacoma, shared, “This wasn’t just a vigil of two hours…this vigil is a wish of all our days. We wait, with patience, but with persistence ask our community leaders, most especially Governor Inslee, to care for the community, for everyone in our state. Coronavirus has taught us that we’re all vulnerable but we’re not equally vulnerable.” 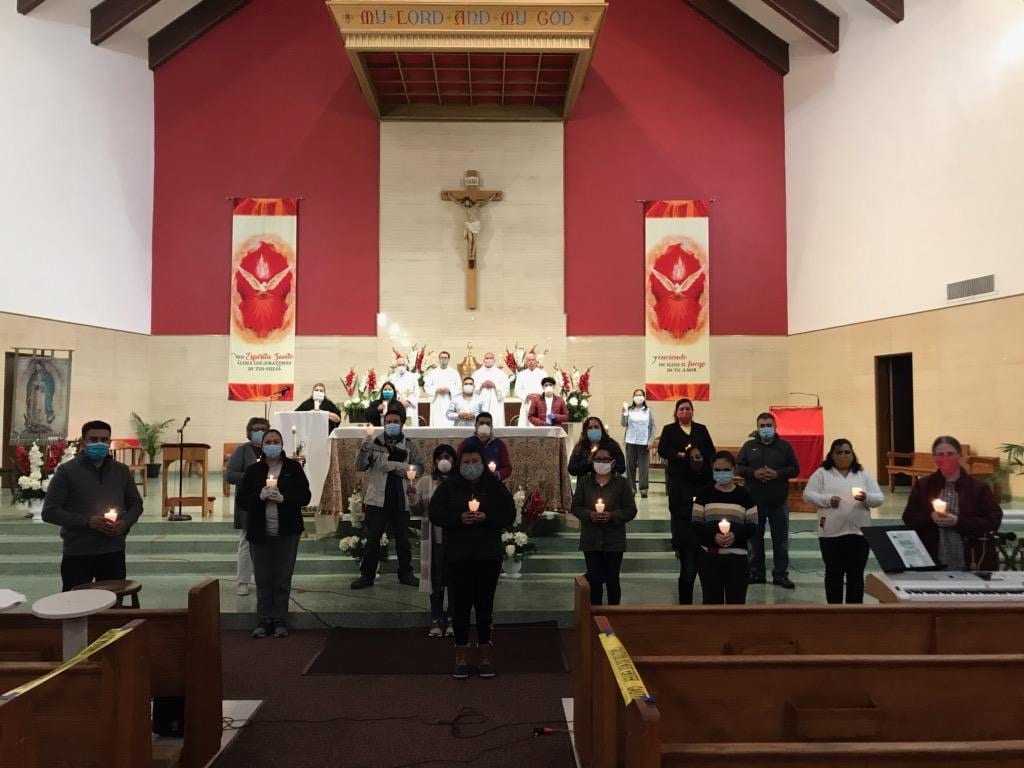 The conclusion of the vigil at Sacred Heart on the evening of June 9.

Witnesses gave testimony throughout the night. Miguel, a community member, shared about his struggle: “I work in construction, for years I’ve paid taxes into the community, I’ve paid rent into the community. Now, when there is no work, when our schools are shuttered, when we need healthcare, who gets cared for is defined not by who contributed to the community, but by who has the right numbers to put on the forms. We are proud to have contributed to this country, but now when we need support, we need to be treated like brothers, like equals.” 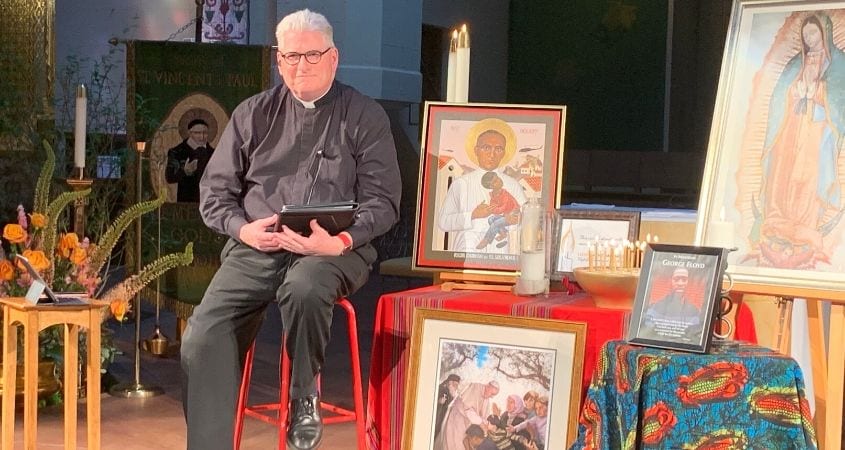 On the second night, with another 335 people on social media, ordained clergy, representatives from Jesuit works across the state, leaders from the Washington Immigrant Solidarity Network (WAISN), elected state representatives, and service providers gave witness to the need for the undocumented worker fund and called the participants to action. Speakers included Fr. Steve Sundborg, SJ, president of Seattle University; Michelle Wheatley, chief mission officer of Gonzaga University; and Rob Modarelli, president of Bellarmine Prep in Tacoma.

The group was also addressed by State Senator Rebecca Saldana of the 37th District, including Seattle and Renton, and State House member Marcus Riccelli, of the 3rd District, representing Spokane. Both officials expressed strong support for a COVID-19 relief fund for undocumented workers. 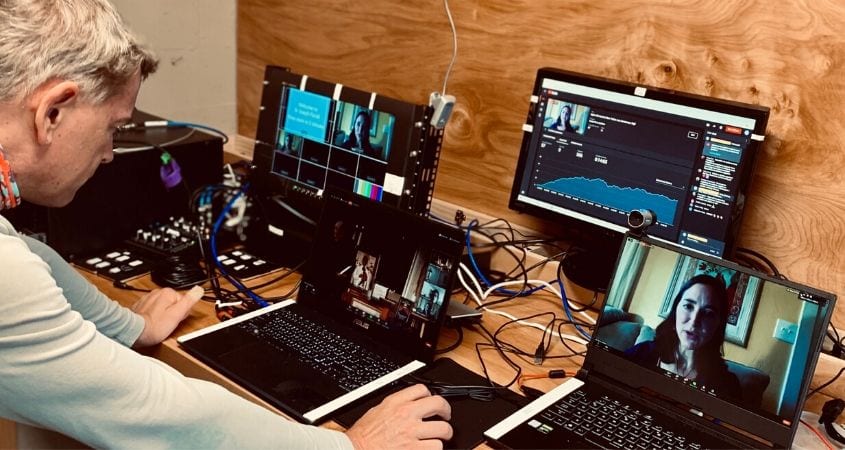 Rich Lappenbush, a parish volunteer serves as a technical expert during remarks from State Senator Rebecca Saldaña (on screen at right), a graduate of Seattle University.

Fr. Tom Lamanna SJ, of St. Aloysius in Spokane, called people to prayer, saying, “Throughout our Scriptures is the idea that justice is measured by how we treat those who have no means for self-sufficiency because they have no social or legal standing.” He ended the prayer with a call and response on the treatment and needs of the undocumented. The participants responded with their commitments: “I will witness! I will join the work!”

Watch videos of the June 9 and June 10 vigils.

To read the National Catholic Reporter story on the vigil, click here.