Real estate investment firm founder and philanthropist George Marcus and his wife, Judy, have given $10 million to establish an endowment for Cristo Rey San José Jesuit High School — the single largest donation received by the school. 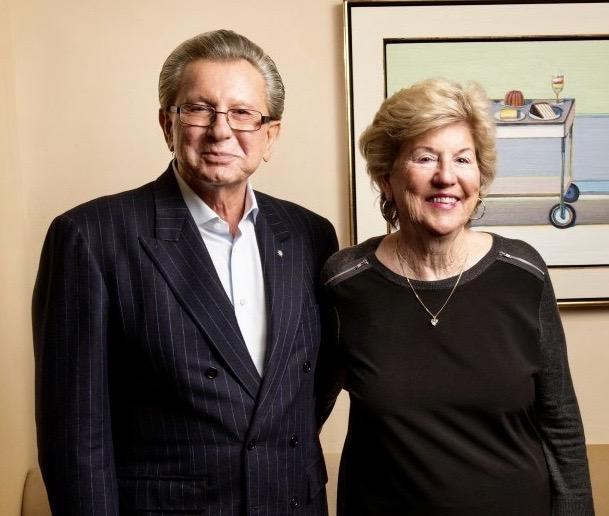 The investment returns from the endowment will underwrite half the annual education cost for 75 of Cristo Rey’s 462 students. Additionally, Cristo Rey will name The Judy and George Marcus Center for Student Success in the office of Guidance and Counseling. The Marcuses’ have been supporters of Cristo Rey since 2014.

“The Marcus gift is transformational for Cristo Rey,” said Cristo Rey San José President Dr. Margaret Higgins. “Establishment of the Cristo Rey endowment links our past, present and future by allowing the school to look far ahead, knowing that resources for students will continue to be available.”

Opened in 2013, Cristo Rey San José is a Jesuit college prep school established solely for students from underserved communities in East San José. All students come from economically disadvantaged backgrounds; 98% will be the first in their families to attend and complete college. Annual funding comes from the generosity of individual donors, foundations and Cristo Rey’s Corporate Work Study Program, which is similar to a yearlong internship where students work in entry-level positions at corporations and earn nearly half of their education costs.

Loyola High School of Los Angeles, the oldest continually operated educational institution in Southern California, recently announced that Loyola Board Chair, business innovator, civic leader and philanthropist Rick J. Caruso and his wife Tina are donating $5 million to the school, earmarking $4.5 million for the 1901 Venice Boulevard Project and $500,000 for the Caruso Scholar endowment.

This transformational gift is the largest single gift that Loyola has received for the 1901 Venice Boulevard Project. In addition, the gift will fully endow a four-year scholarship for a high-performing, low-income student from an underserved Los Angeles neighborhood.

“Tina and Rick’s gift is a historic investment in our school, in our students and in our endowment. Their generosity to Loyola will affect generations of Cubs to come,” said Fr. Gregory M. Goethals, SJ ’73. “To inspire our students to become future leaders, we must be able to provide them with state-of-the-art facilities that contribute to a thriving educational and spiritual community. Once completed, the 1901 Venice Boulevard Project will transform our campus.” 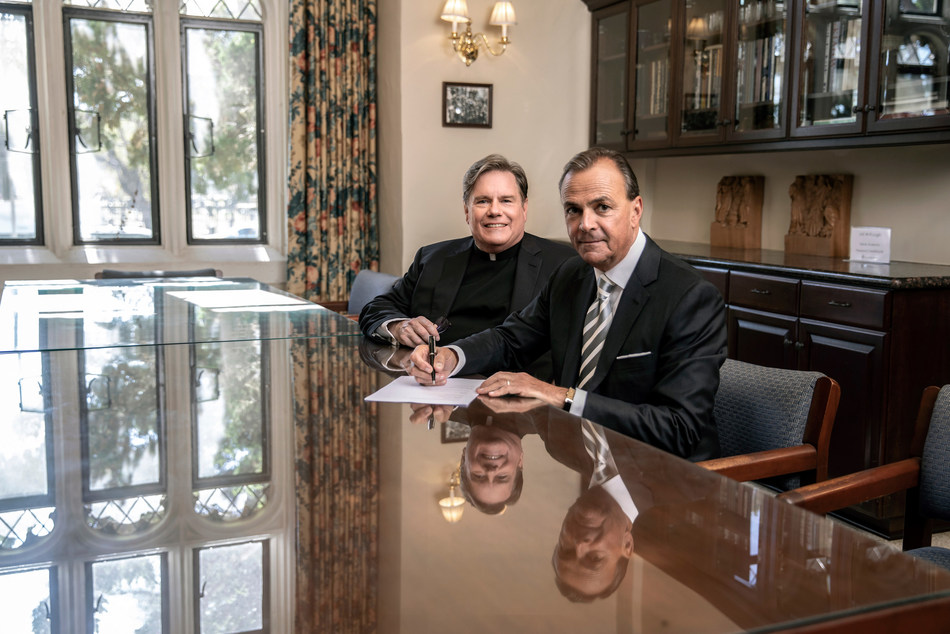 The 1901 Venice Boulevard Project includes the building of Caruso Hall, formerly known as Xavier Center, from the ground up. It will include a dedicated sacristy to service liturgies; state-of-the art integrated communications and AV equipment; a full-service banquet kitchen; a multi-purpose student kitchen; and ADA-compliant restrooms.

The 1901 Venice Boulevard Project will also enhance Hayden Circle with a new front entrance gate and eco-friendly landscaping. In addition, a Veterans’ Memorial will be erected in tribute to alumni who have served and are serving our country.

The Caruso Scholar endowment reflects Rick and Tina’s long legacy of supporting educational institutions that help transform the lives of children living in poverty throughout Southern California. This particular program offers high-performing, low-income students access to the world-class curriculum offered at Loyola and enhances the school’s commitment to an already diverse student body.

“Through my work on Loyola’s Board and as the parent of a Cub graduate, not only have I witnessed firsthand the academic excellence this institution instills in all its students, but equally as important — the spiritual growth that is integral to turning young men into positive contributors to society,” said Mr. Caruso. “Tina and I are proud to be part of the reimagining of the southwestern part of Loyola’s 21-acre campus as well as supporting promising students from low-income neighborhoods in their pursuit of a quality high school education.”