A Hermetic Sister Gives Thanks

In St. Albans, Maine, Sister Emmanuel Bryant, 76, is hunkered down for another brutal New England winter. It has been nearly three decades since the native Californian came to this beautiful, remote place, but she has never forgotten the West Coast Jesuits who put a roof over her head.

For 25 years, Sister Emmanuel was a Poor Claire sister, living in a monastic prayer community of about 30 nuns in Roswell, New Mexico. Cut off from the outside world, the sisters lived without a television, radio or newspapers, but they were devoted to Christ and supporting the Church through their lives of prayer, and that was all they needed.

In 1989, Sister Emmanuel recalls that, “Our Lord called me to more solitude. Although I was happy where I was, I have learned from experience that if the Lord wants you, you are not going to be happy doing anything else.”

Not knowing much about the eremitical life, she consulted a canon lawyer who told her that if you want to be a hermit, the first step is to find a bishop who will accept you. Some hermetic nuns that she knew directed her to Bishop Joseph Gerry in Maine, who was supportive.

Her next step was to raise the money to build a modest structure where she would live. For that, she turned to Fr. Eugene Zimmers, SJ, a California Jesuit who had founded the Institute for Lay Theology, an organization devoted to training lay evangelists. “I met Fr. Zimmers in San Francisco and told him that I wanted to be a hermitess and that I needed a hermitage to live in. He was a marvelous, saintly Jesuit who loaned me $20,000.” 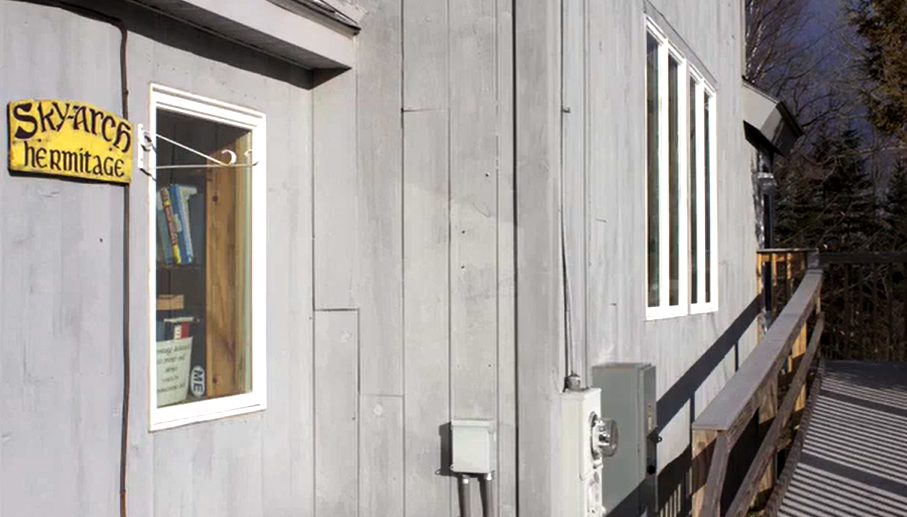 Sister Emmanuel has always trusted “in the providence of God because when he calls you to do something, he is going to make it possible.” So, she was not surprised when friends donated money so she could buy 23 acres in Maine or when an architecture professor gave her a blueprint for a modest one-room hermitage. Working with two carpenters, Sister Emmanuel helped build a no-frills shelter with plywood floors and few interior or exterior finishes. Heated by a wood stove, she recalls thinking she “was on another planet” during that first Maine winter.

An artist since childhood, Sister Emmanuel paints and sells icons of Jesus to help support herself, and when weather permits, grows her own food. The board of the 501c3 she established years ago has been supportive and, and although she lives in poverty, Sister Emmanuel is clearly nourished by the Lord.

She is also profoundly grateful—to the Jesuits, who put a roof over her head and later forgave her $20,000 loan, to the people of Maine who have supported her ministry of prayer for decades, and, most of all, to God. 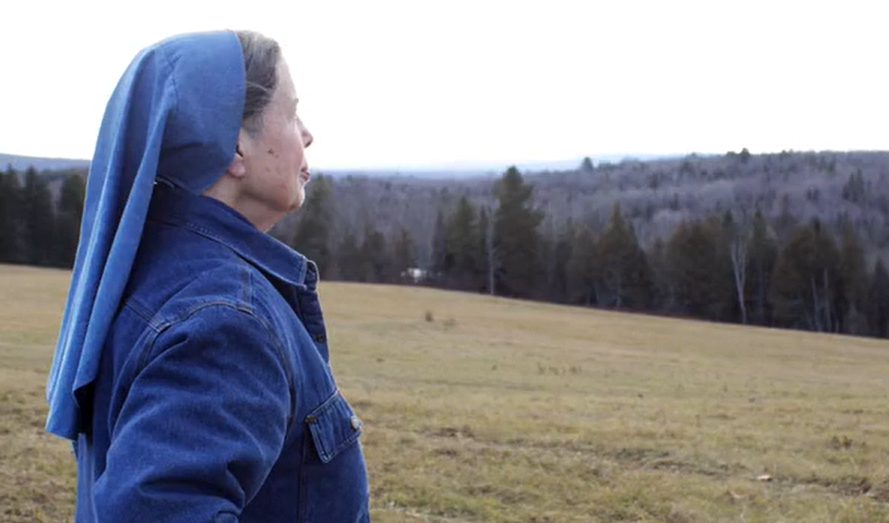 “My life is simple here. I have permission to have the Blessed Sacrament in the hermitage, and in him, I have all I need. It is true what the Lord says in Scripture that we are supposed to pray unceasingly.

“Solitude and silence go together with prayer, there’s just no two ways about that. I am very jealous of this solitude. While not easy to live in, it is something that is unutterably precious.”

To learn more about Sister Emmanuel’s life of prayer and her connection to the Jesuits West Province, please view this brief video.