Fr. Alex Llanera, SJ: The Question that Changed Everything

January 17, 2019 — On Thanksgiving weekend, while other families were shopping for holiday bargains or huddled around watching football, the Llaneras came together for a joyful purpose: to celebrate the ordination of one of their own.

At St. Ignatius Loyola Church in Sacramento, on Saturday, November 24, Alex Llanera, SJ, became Fr. Alex Llanera, SJ, surrounded by dozens of family members, some of whom had traveled from as far away as Europe and Asia to witness the event.

At 31, Alex Llanera is the youngest priest in the Jesuits West Province, and while the roots of his vocation were sown at St. Rose in Sacramento, where he served on the altar, it was his time at Jesuit High School in Carmichael, California, where his call came into sharper focus. 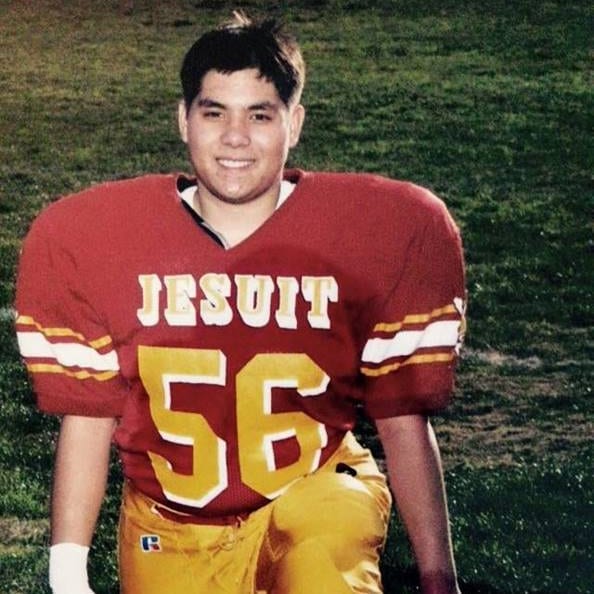 The decision to attend Jesuit High was a foregone conclusion. Alex’s mother, who immigrated to the U.S. from the Philippines with Alex’s father, had attended a Jesuit college, the Ateneo, in Davao. When it was time for her son to select a high school, she told Alex that the other Catholic schools in town were not an option. He could go to Jesuit High or to the local public school.

After attending an open house at Jesuit High, Alex was sold, and that feeling of belonging became even stronger when, as a freshman, he met the five Jesuits serving on staff at the school. Alex was struck by their joyfulness. “Seeing how much they enjoyed their lives and what they were doing, I remember telling myself, ‘Whatever they have, I want that.’”

As a senior serving on the Student Council, Alex was responsible for Jesuit High’s morning prayer. One day after finishing the prayer, Fr. John McGarry, SJ, who was then the principal and now the president of Jesuit High, asked Alex if he had ever considered a Jesuit vocation. Years earlier, as an altar server, Alex was fascinated with the ritual and the mystery of the Mass, but he had never been asked the question before. “You would be a good one,” Fr. McGarry said, “and you should think about it.” Remembering the moment, Alex sees it today as a turning point. “Fr. McGarry saw something in me that I didn’t see in myself.” 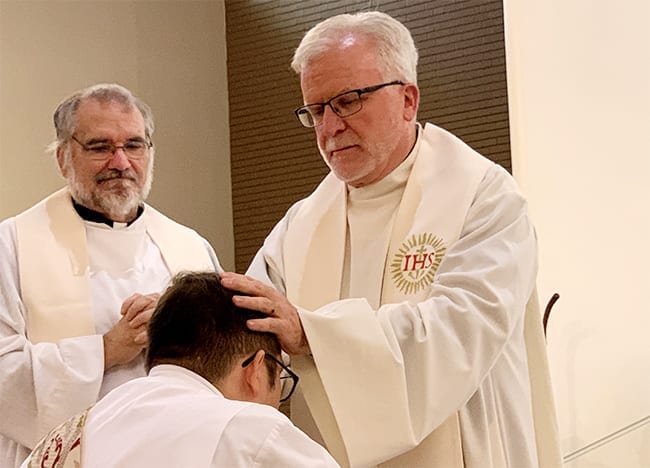 The question about a Jesuit vocation never left Alex. In fact, it grew stronger as he was asked the same question by Jesuit High’s director of campus ministry and, later, by a classmate’s mother. The third time was indeed a charm because by that fall, Alex was headed to Loyola Marymount University in Los Angeles, intent on discerning a Jesuit vocation.

A self-professed political junkie who watched C-SPAN as an eight-year old, Alex studied political science at LMU. He also engaged immediately with the Jesuit community on campus, leading retreats, working with the Magis service club and meeting with Fr. Tri Dinh, SJ, who served as Alex’s spiritual director. Alex became friends with several other guys who were part of a discernment group, and it was a graced time. “There was something in the air about how God was calling us at this moment, and I felt very supported,” Alex recalls. His discernment over, Alex applied to the Jesuits. 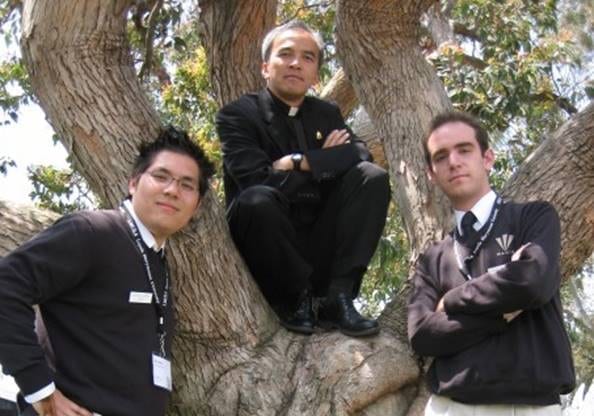 Graduating in 2008 after only three years, Alex was accepted to the Jesuits and headed to the novitiate in Culver City, California. His experiences as a novice, including the long retreat and pilgrimage, helped confirm his vocation and opened his eyes to what God has planned for his life.

At Saint Louis University, he earned a master’s in American politics before being missioned to St. Ignatius College Preparatory in San Francisco for two years for a period of Jesuit formation called regency. At SI, he taught religion and government, led retreats and coached golf. He loved every minute of it. 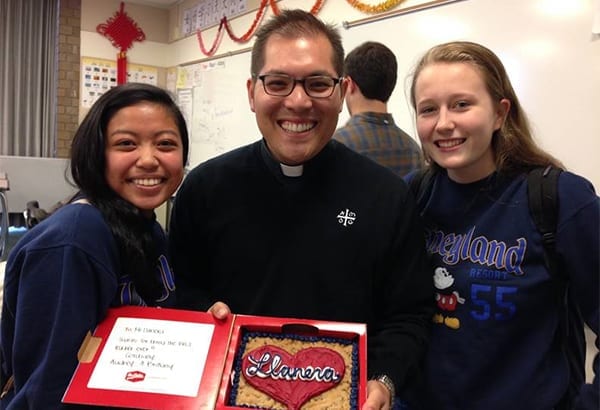 For his last year of regency, his provincial proposed something unique: a job in the legal services department of Homeboy Industries, an organization founded by Fr. Greg Boyle, SJ, that provides training and support to formerly gang-involved and previously incarcerated men and women. Alex calls it, “one the most powerful experiences of my life.” Working with families and interviewing clients reminded him of the sanctity of the confessional, and helping people navigate complex legal situations while experiencing their pain was transformative. 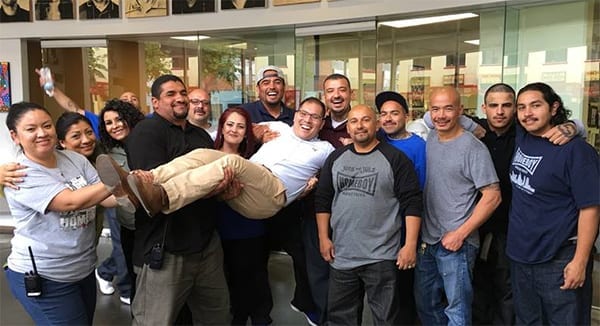 Alex Llanera, SJ, with the staff of HomeBoy Industries

When the year concluded, Alex’s formation continued at Toronto’s Regis College, where he earned a Master of Divinity degree before being ordained a deacon at St. Paul’s Basilica. Currently studying at the Jesuit School of Theology of Santa Clara University, he is working toward a Licentiate in Sacred Theology.

He calls his Jesuit vocation an affirmation of his deepening trust and love for God. God, he says, “has given everything to me.”

Among those gifts is the mother who steered him to a Jesuit high school. Jesa Llanera was among the first to receive a blessing from newly ordained Fr. Llanera. The moment was bittersweet. Alex’s mother is battling advanced kidney cancer, and both mother and son realized the enormity of the simple but beautiful gesture of the son laying his hands on his mother’s shoulders and asking for God’s blessing. It was a moment of thanksgiving on a Thanksgiving weekend to remember. 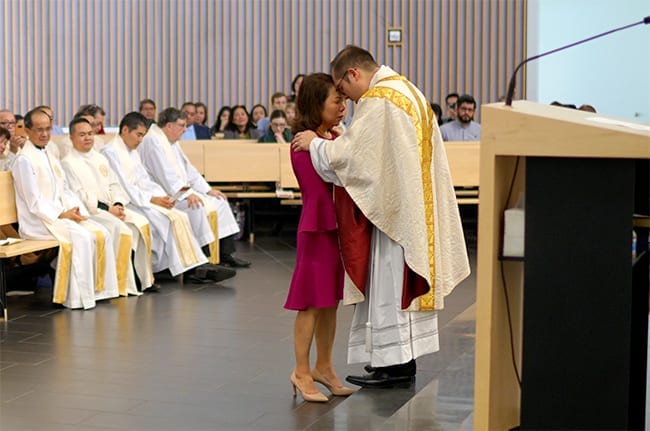