September 6, 2022 — On Sunday, the Jesuits West Province officially welcomed six new novices during the Mass of Investiture at the Jesuit Novitiate of the Three Companions in Culver City, California.

Investiture reflects an ancient custom in religious life when candidates take another step in their vocation and formally become novices with the letters nSJ after their names. Read more about the novices below. 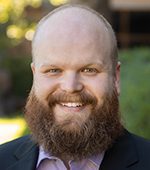 MacLean Andrews, nSJ, 32, a native of Spokane, Washington, graduated from Gonzaga Preparatory School in Spokane and earned a bachelor’s in international studies from Point Loma Nazarene University in San Diego. He taught history and coached speech and debate at Gonzaga Prep, which is where his discernment to the Society began. In 2019, he followed the pilgrimage route of Matteo Ricci, SJ, in China, a trip that helped confirm his vocation to the Jesuits. 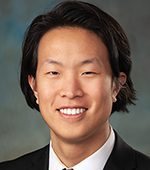 Jonathan Choe, nSJ, 24, a native of Seal Beach, California, graduated from Bellarmine College Preparatory in San Jose, California. He has a bachelor’s in philosophy and humanities for teaching from Seattle University and a master’s in educational studies from Loyola Marymount University. At Seattle U, he attended retreats, sang in the choir and became passionate about Jesuit education. He spent two years as a high school math teacher in Phoenix and a summer teaching at the Jesuit high school in Lusaka, Zambia. 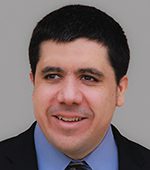 Anthony Del Castillo, nSJ, 43, a native of Upland, California, has a bachelor’s in music from the University of Southern California and a master’s in commercial music from California State University. He also attended the Southern California Conservatory of Music, where he learned how to read Braille music and use adaptive music technology. A professional musician for more than 30 years, he has also taught music, including percussion, piano, Braille music and vocal techniques. 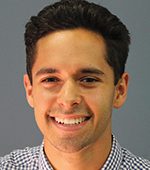 Kevin Miller, nSJ, 28, a native of Burbank, California, has a bachelor’s in psychology from UCLA. He was a retreat coordinator for the Jesuit Restorative Justice Initiative in Los Angeles. As a Jesuit Volunteer, he served as a campus minister at Cristo Rey Jesuit High School in Minneapolis and as a case manager at Catholic Charities in San Jose. He spent five months volunteering at the Kino Border Initiative at the U.S.-Mexico border. 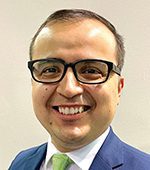 Alvaro Pacheco Jr., nSJ, 38, a native of Los Angeles, has a bachelor’s in history and Spanish from the University of California, Berkeley. He worked as a Spanish-language press secretary for former Los Angeles Mayor Antonio Villaraigosa and as deputy press secretary for former Congressman Xavier Becerra. He was co-coordinator of the Fifth National Encuentro of Hispanic/Latino Ministry for the Archdiocese of Los Angeles and volunteered as an interpreter for pro bono immigration attorneys. 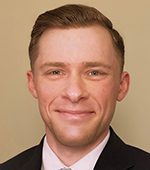 Paul Prevou, nSJ, 30, a native of Arlington, Texas, graduated from Whitman College in Washington with a bachelor’s in geology. He then worked as an environmental consultant in Washington state. His experiences in young adult ministry in his home diocese of Fort Worth, along with joining a fraternity in college, inspired a love of service and communal living. His grandfather, who taught at Gonzaga University, planted the seeds for his interest in the Society of Jesus.