The Jesuits West Province’s robust vocation team is led by director Fr. Radmar Jao, SJ, with six Jesuits serving as part-time promoters spread out across the Province. Meet the vocation team below. 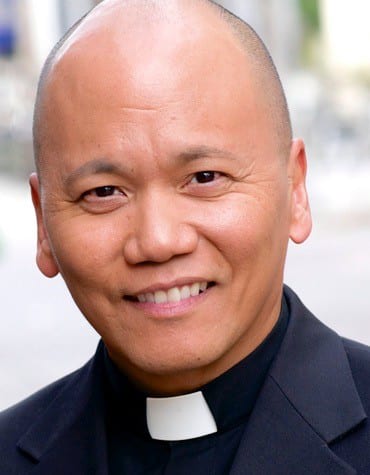 Fr. Radmar Jao, SJ, is the Director of Vocations for the USA West province. He is originally from Valparaiso, Indiana and a graduate of Indiana University. He was an award winning actor in Los Angeles, appearing on film, TV, and stage before entering the Jesuits in 2001. Fr. Radmar now uses his acting skills to witness to his faith and calling as a Jesuit priest. Prior to his ordination in 2011, he chronicled his path to priesthood in a series of YouTube videos, before serving as the vocation promoter for the former California Province. He later returned to Hollywood for a few years when he was missioned to be a full-time actor once again. Most recently, he served as the associate chaplain for the students at Boise State University and coordinator for FirePit Ministry, an inter-parish, post-college, young adult ministry in Boise, Idaho. He is a seasoned spiritual director who is passionate about Ignatian Spirituality and ministering to young adults in their 20’s and 30’s, especially with Christus Ministries. Fr. Radmar recently completed the final stage of Jesuit formation called tertianship in Salamanca, Spain, and is excited to call the LMU Jesuit Community home for the next few years. During his free time, he enjoys CrossFit, hiking, cooking, baking, watching movies, good conversations, and people who make him laugh. (UWEVocationDirector@jesuits.org) Fr. Andrew Laguna, SJ, is the vocation promoter for the Jesuits West Province. He was ordained in June 2019. After ordination, he served at a Jesuit parish in Tabasco, Mexico for several months before starting his current assignment as an associate pastor at Most Holy Trinity Church in San Jose. As an undergrad at the University of California, Irvine, Fr. Laguna was a pre-med biology major, but during his senior year he realized that he did not want to be a doctor. He began considering a vocation to the priesthood when he realized that the greatest source of joy and fulfillment in his life came from retreat ministry to Confirmation students at his home parish of St. Paul the Apostle in Chino Hills. He learned more about Ignatian spirituality and the Society of Jesus through a single Jesuit priest missioned to serve the Catholic community at UC Irvine. He is looking forward to accompanying the people of God at Most Holy Trinity and continuing to grow in his priesthood. (alaguna@jesuits.org) 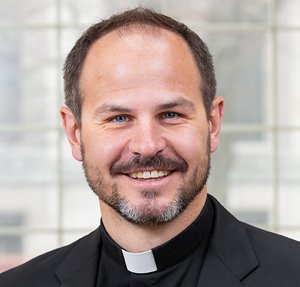 Fr. Greg Celio, SJ, serves as one of the part-time regional promoters for the Northwest region of the USA West province.  He recently completed his theology studies at Regis College of the University of Toronto and was ordained to the priesthood this past July.  In addition to being a regional promoter, Fr. Greg teaches and serves as a campus minister at Seattle Preparatory School.  Fr. Greg discerned his way to the Jesuits while teaching in Catholic schools. As a Jesuit, he has enjoyed living in Mexico and Canada and considers relationships among diverse people to be one of the greatest gifts he’s received. (gcelio@jesuits.org) 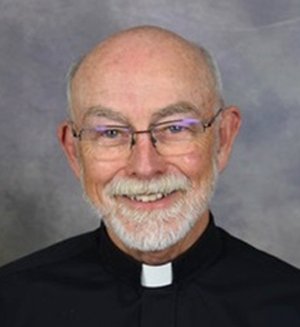 Originally from Spokane, WA, Steve returns to the work of vocation ministry after having served as the vocation director for the former Oregon Province from 1998-2010. He first entered the Oregon novitiate in 1962, but after serving some time in the military during the Vietnam war, he reentered in 1972. He did his philosophy at Gonzaga University (1974-76), theology at the Jesuit School of Theology at Berkeley (1978-82), and further studies at Seattle Pacific University (1994-96).  His past missions have found him teaching English at Bellarmine Prep in Tacoma (1974-76) and Gonzaga Prep in Spokane (1982-88); Asst. to the Novice Director (1988-94), Oregon Province Vocation Director (1998-2010), and Pastor of St. Leo Parish in Tacoma (2003-2018).  He currently serves as a parish priest at St. Francis Xavier Parish in Missoula, MT and superior of the Jesuit community there. “It is a constant privilege to be able to serve others as a Jesuit, "gift after gift" in the words of Denise Levertov.  God has been and continues to be most kind and compassionate.” 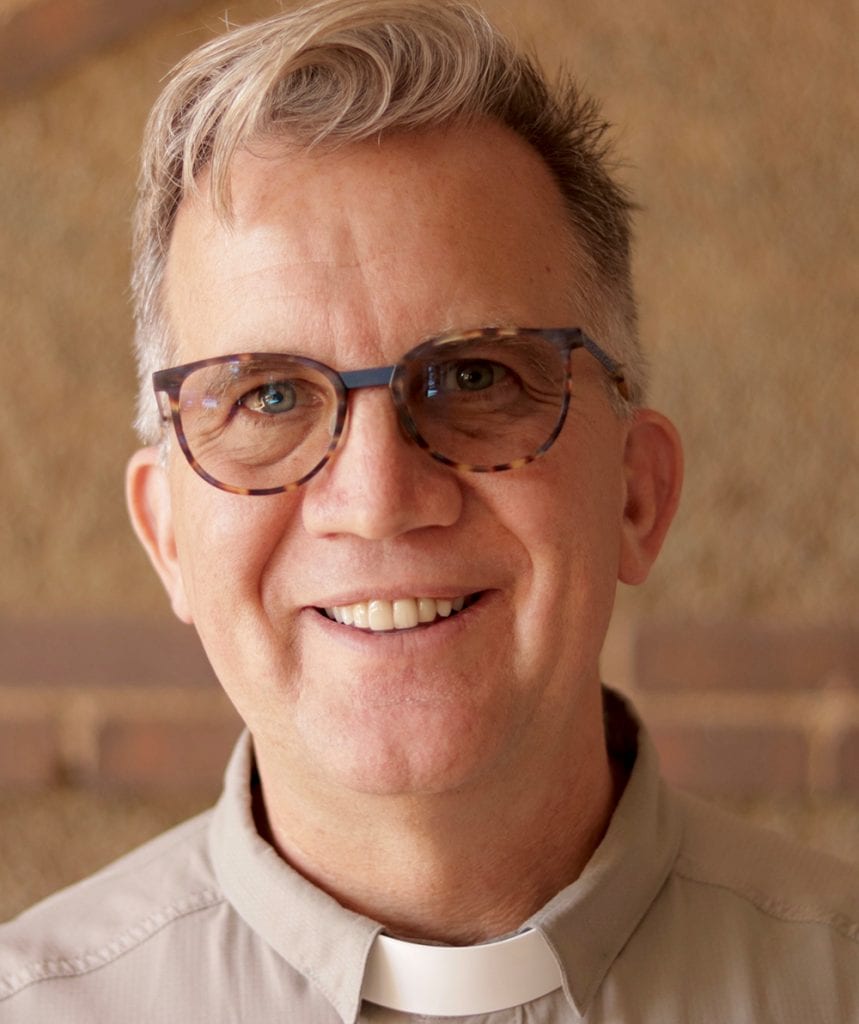 Fr. Matthew Pyrć, SJ, serves as one of the part-time regional promoters for the Northwest region of the USA West province and is the Parochial Vicar at St. Joseph Parish in Seattle. He recently completed his tertianship in South Africa. Before entering the Society in 2006, he worked for 10 years with the Spokane Public School System on a dropout prevention program for underserved youth. Since becoming a Jesuit, Fr. Pyrć has worked in campus ministry at Seattle University, taught Theology and was the director of liturgy at Jesuit High School in Sacramento. He also has several years experience of being a Spiritual Director, assisting people in their vocational discernment and giving Ignatian retreats. When he is not working or meeting with people you may find Fr. Pyrć riding his bike, kayaking, or laughing at memes. A great grace in Fr. Pyrć's Jesuit vocation has been discovering how the Spirit of God is working and how to recognize it. (mpyrc@jesuits.org) 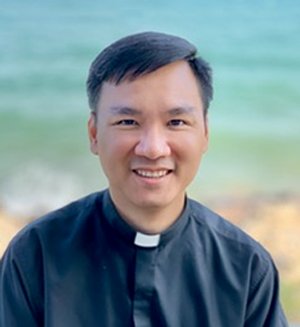 An Nguyen Vu has been a Jesuit since 2016. Growing up in a practicing Vietnamese Catholic family, the thought of religious life never entered his mind as he trudged on through life studying pre-dentistry. Yet, God has a strange but albeit gentle way of leading him along a circuitous route to the Society of Jesus. Through three years of off and on discernment with a Jesuit spiritual director, he finally committed to applying to the Society after a 2015 discernment retreat in Portland. Flashing forward, he recently finished his philosophical studies at Loyola University of Chicago and just now entered the ‘regency’ phase of the Jesuit formation, which involves working as a member of the vocation team for the West Province of the Society of Jesus. In his spare time, he enjoys horror slasher flicks, Chinese net novels and painting digital art. He also adores cats and possesses a wry sense of humor. 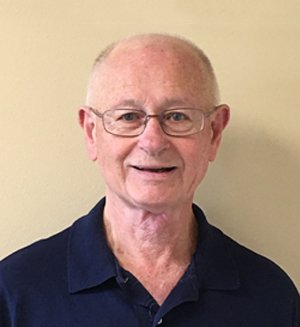 Bro. Dan Peterson was born & raised in the San Francisco Bay Area, and entered the Society of Jesus 60 years ago. His past missions have included serving in the former California province curia, as librarian at St. Ignatius Prep in San Francisco, and for the last 21 years has been the Province Archivist at Sacred Heart Jesuit Center in Los Gatos, CA.